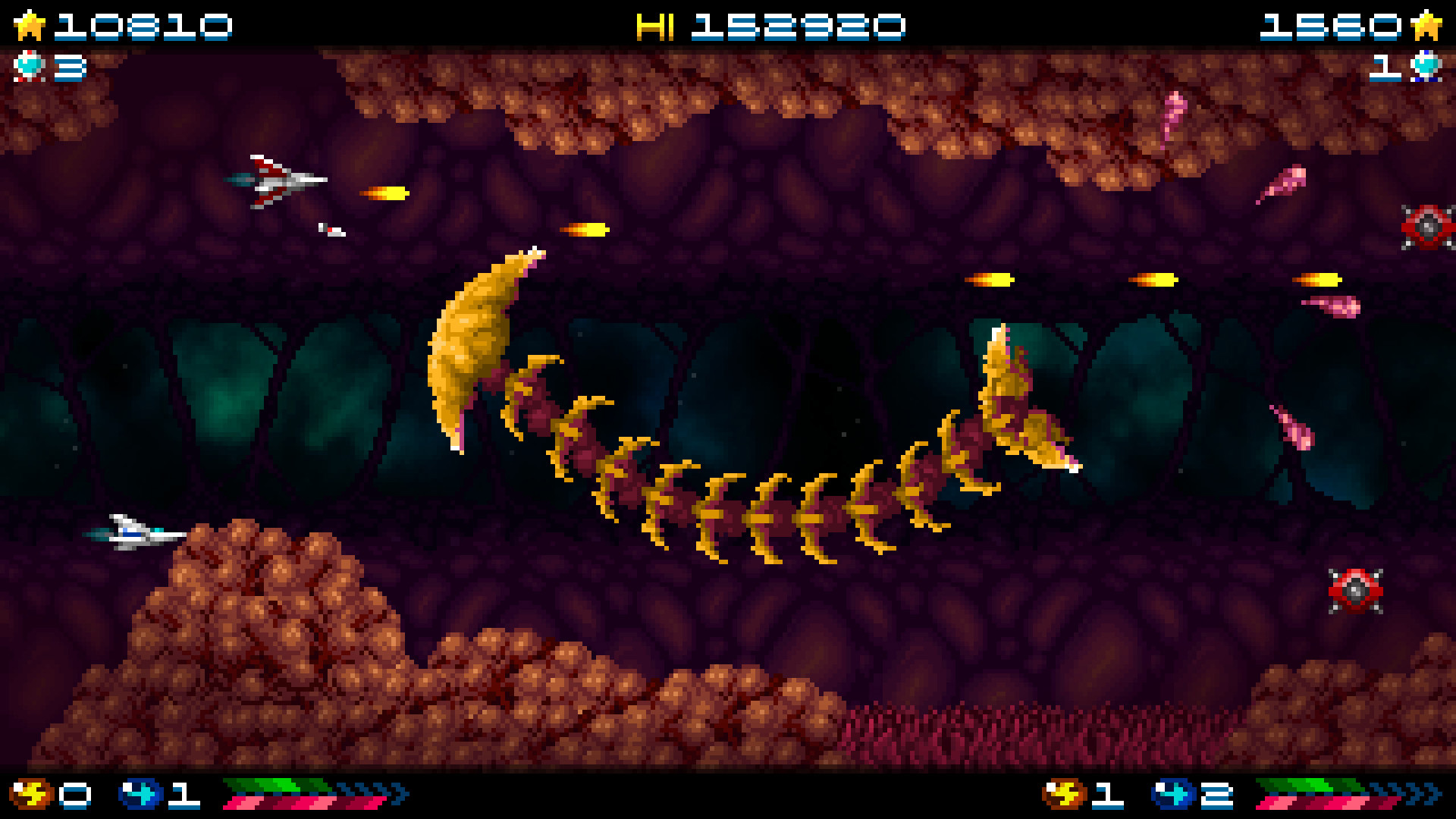 This is a touched-up version of Hydorah, a great freeware shoot-’em-up in the vein of Gradius and R-Type. The PS4 version of Super Hydorah has local co-op (and a separate co-op mini-game called Robot Chase), while the Vita version is single-player only. That said, if you buy one you’ll get ’em both.

These cross-buy PlayStation ports follow the Steam and Xbox One releases from earlier this year.

I have a tremendous amount of respect for Locomalito, so it’s been real nice to see some of his old games like this and Cursed Castilla popping up on newer systems with assistance from Abylight.