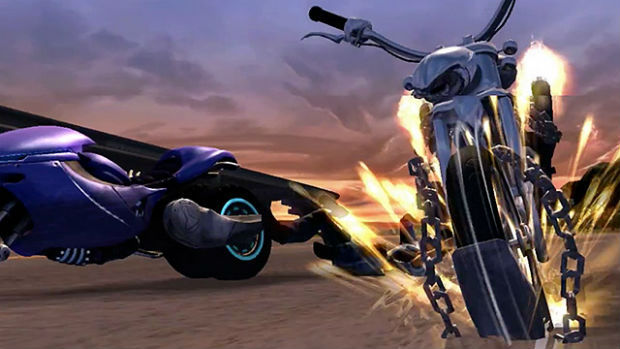 LocoCycle is a pretty flawed game, but if you’re looking for a bit of silly fun it can deliver on a rainy afternoon. Previously it was an Xbox One timed exclusive, but now developer Twisted Pixel has announced that it will be coming to the Xbox 360 and Steam on February 14th, 2014.

It’s a pretty sudden announcement, as the PC version was a secret project and not known before this week — it would be a great candidate for a cheap Steam Sale. Twisted Pixel is also running a giveaway for a custom Xbox 360 or Xbox One, if you’re interested.