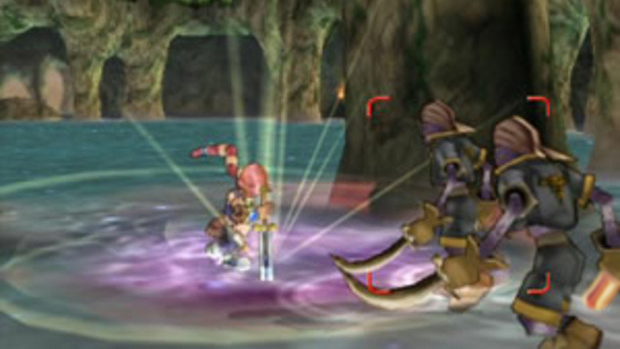 [Hohojirozame writes about a personal favorite of mine: Dark Cloud 2! A great look at a fantastic location in the game as a part of the last weekly theme. As always, remember to load your own blogs into the Community Blogs and tag them with the “Bloggers Wanted Essay Response” tag, and you may see your blog promoted to the front page. – Kauza]

Picture a beach tucked away from society, hidden from the troubles of the world. This beach has white sands and calm crystal clear waters that crash and form the perfect background ambiance. To the east, a mysterious cave entrance emanating a Gooniesesque sense of adventure, to the west an inviting grotto awaits those who seek a view of a perfect sunset. Finally, a quaint port town sits on a pier – the townsfolk relax, fish, and enjoy the ocean breeze at night.

This is Veniccio from Dark Cloud 2 – my favorite gaming location. 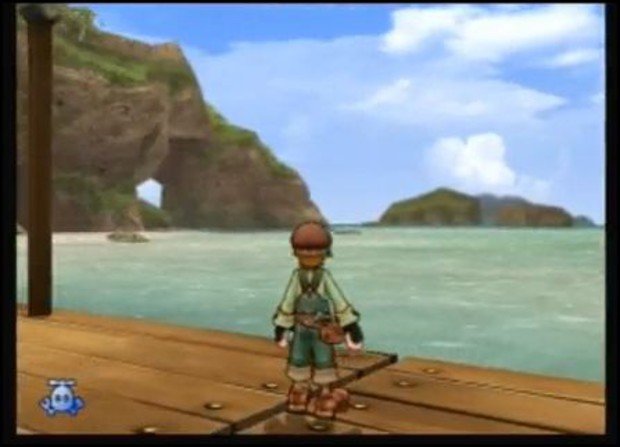 For those unfamiliar, the Dark Cloud series allows the player to rebuild towns, with materials gathered from nearby dungeons, in order to restore important people and places to the world. While the first game was limited to only one world, the second introduced the ability to go back and forth between two time periods allowing the player to see how his town changed in the future. The ability to allow the player to build their own town already adds great value as to why this is one of my favorite locations because it was my Veniccio. I built the town to my specifications and filled with whoever I wanted to live there. Although every future version of the town looks similar, the present town can be molded to fit anyone’s specifications. 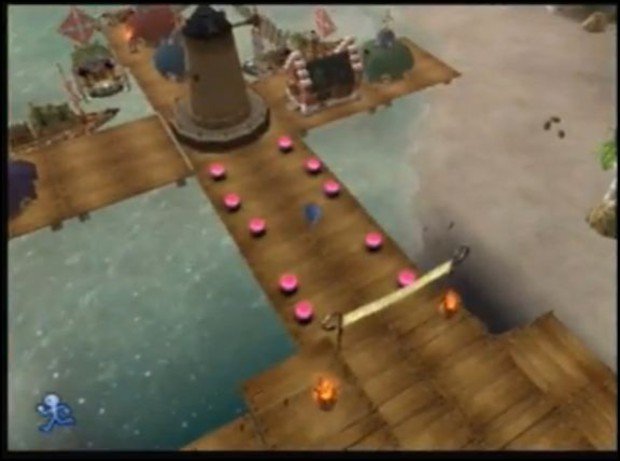 The reason I chose this area in particular has to do with it being a beach level. Having lived by the ocean for most of my life I tend to favor levels with a water theme. Veniccio did that for me by providing me with a tropical resort, similar to but much different than the beaches I was accustomed to. The secluded feeling of the area and the adventurous mood from the nearby cave network was something much different than the sprawling, populated beaches of South Florida.

From a game play and story standpoint this area makes sense. It comes right after an area that is tough to build on, thus it gives the player a chance to relax and enjoy the scenery while building a town where the only gimmick is building on a pier. It also is the middle chapter of the story, so the relaxing nature is like a mid game respite; the player knows after this “break” the game is only going to get more difficult from here. It also represents pivotal moments in the main character’s, Max, life, for example seeing the ocean for the first time and reuniting with his mother. 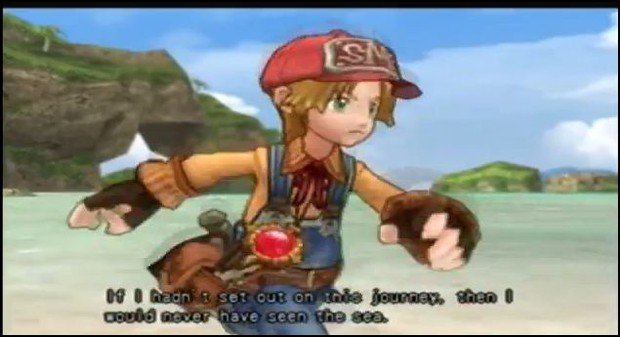 Did I mention this place was beautiful? No, then I’ll say it again: This place is beautiful. For a static environment where the only things the player can do are fish and walk in the water, it’s still a damn fine place to look at. It makes sense that an area so pristine is the prime procreation and vacation spot for legendary sea creatures. Level-5’s art team did a great job with the cel-shaded graphics in the game and it shows in the game’s environments. The nearby dungeon, Ocean’s Roar Cave, is also beautifully done with mystery and adventure being the main focal points of its design. The surface area is like an outdoor cave, with rock covering everything except for the eastern wall, where the cave opens up to give a view of the sea. The lower level is the opposite, dark and filled with ankle deep water. 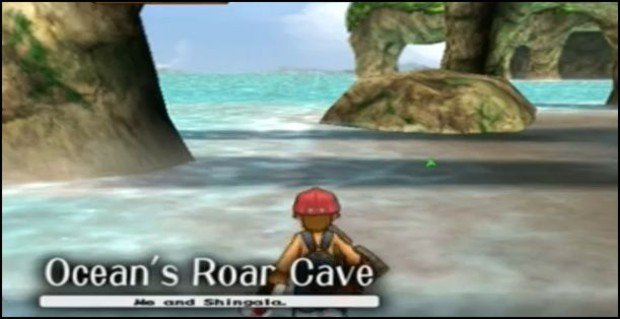 The area’s music ties it all together. The Veniccio theme is like the giant bow on top of a big present. This song coupled with the relaxing sounds of the waves is just glorious. Tomohito Nishiura did a great job composing all the pieces in this game, but this one stands out the most to me. I’ve hummed this song while walking to class, I’ve studied with this song on, and I’m trying to make this the first song I learn on the guitar. It even sounds good in Mario Paint. The Ocean’s Roar Cave theme is also just as relaxing, but not as memorable as the Veniccio theme due to the battle theme interrupting and overwhelming it when monsters are fought.

At this point I feel like I’m gushing, but it’s hard not to. I love Dark Cloud 2 and I love Veniccio. The amount of time I spent here just listening to the music and perfecting my town until I could add no more is nuts. My second place choice, Dark Cloud’s Queens and its dungeon Shipwreck, was also a water based stage. Queens is a walled off port town, similar to a Moroccan market. Shipwreck had the player exploring an underwater shipwreck to uncover the hidden past of the dungeon and town. The somber back story (which was very well done) and the walled style of Queens made these areas second place to Veniccio. Mystery, beauty, adventure, and a great soundtrack are what make some of gaming’s well known water themed levels memorable to gamers, like Legend of Zelda OoT’s Water Temple, Donkey Kong Country’s Folies Corralliennes, and Mario 64’s Jolly Roger’s Bay just to name a few. To me though, Veniccio easily takes the cake.