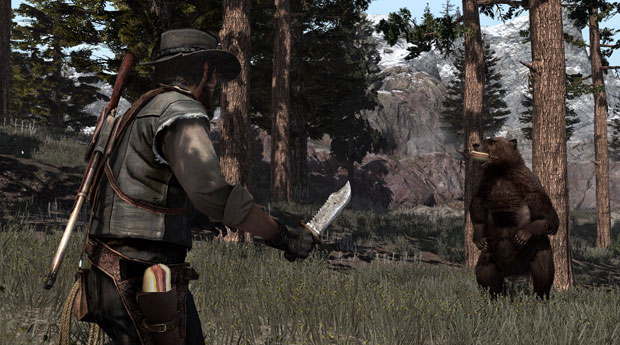 [Over the last week, JRo asked you to write about game settings. Yeroooc’s first blog here explores how Red Dead Redemption did the southwest setting so well. As always, remember to load your own blogs into the Community Blogs and tag them with the “Bloggers Wanted Essay Response” tag, and you may see your blog promoted to the front page. – Kauza]

Red Dead Redemption may be my favorite Rockstar game simply because it detailed the landscape of the Southwest so completely and compellingly. With so many great games with equally engrossing atmospheres of their own, Rockstar certainly has a track record of heavily texturing their releases within specific genres, for better or worse, allowing them to marinate thoroughly in unique environments.

Perhaps my connection to Red Dead was so immediately strong because I grew up in the Southwest, and I had never encountered a game that was able to capture the vastness of the desert as authentically as my experience within the game’s world. For many reasons it remains to this day my favorite gaming landscape.

Texture and atmosphere are the key words here. The absurd, sprawling light-bright starcape above your head on a clear, in-game night? There are light ordinances in place to make sure that that’s still the sky you see outside in your own neighborhood today. That hokey western prop of a tumbleweed you see blowing through Chuparosa? That’s no joke. I’ve seen them roll through prefab suburban Tucson, gently bouncing past minivans and mailboxes, marooned aside fake adobe backyard walls. The houses may be made to look like mud brick, and honestly the neighborhood associations often require it, but the surrounding desert still seems to find its own way to encroach upon suburban civilization, to remind us that this wonderful, unforgiving desert still exists and surrounds us menacingly. A desert that will not only dry up a plant to extinction, but then parade its corpse around to remind us of its plight, its infinite ruthlessness. A desert that blinds us with the blackest midnight, allowing only pinpoints of starlight so numerous they would amaze even rural midwesterners. Red Dead Redemption brings these still recognizable traits of the desert and strips the Southwestern landscape of its now cushy trappings, successfully recreating and reviving its truthful, gritty texture and history.

The opening of the game is still with me, leaving Armadillo, in control of John Marston on horseback for the first time. In those few minutes I rode headfirst into a sunset that, even in the Spring in Wisconsin, made my heart ache for that molten evening sky of my adolescence. The in-game thunderstorms brought the smell of wet earth to me, splashing through the pools of muddy water as you gather the spooked horses in the grasslands surrounding MacFarlane’s Ranch. That scent of the revived world, of the desert breathing again after months without rain. The image of steam rising from the suburban blacktop came to me, it’s own distinct aroma entirely. 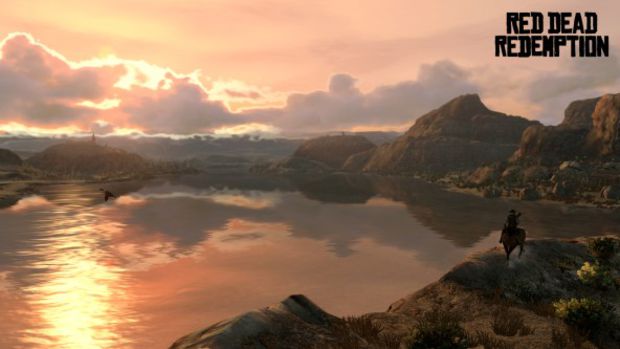 I remember the first ride to the doctor in Armadillo, stopping for maybe five minutes (maybe longer) to stare out on that vista overlooking the valley below. Cholla Springs burning in the distance. Miles and miles of saguaros wavering in the blistering heat, the sun so amazingly bright that you could almost feel the radiating warmth of the sand surrounding you.

The sky and cloud effects are perhaps what lend the most atmospheric authenticity to the game. The hugeness of them as a storm grows in the distance, illuminating briefly, internally with each booming clap of thunder. The sharpness with which light cuts through them in beams as the sun goes down in creamy candy colors of orange and red. Whether looking up into the vastness of an open blue sky in the middle of the day or the seemingly infinite sheet of stars at night, it is the one ever-changing piece of the landscape that rings most true to the Southwest as I remember it, and almost always coincides perfectly with events in the game to meaningfully embed any given gaming moment deeply into our memory. 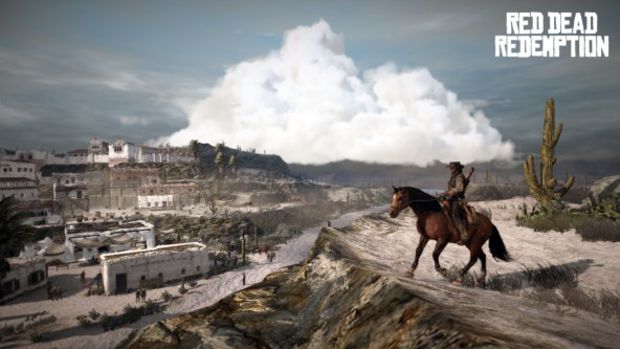 I can’t tell you how many message boards I’ve read where people have talked about that first ride into Mexico, as José González’s “Far Away” plays in the background, having been one of the most profoundly moving gaming experiences on any platform. I cannot disagree; the in-game engine provided a fiery sunset as the backdrop for that scene, and perhaps because of that, nearly two years later it is imprinted in my mind still.

Perhaps the only thing the game is missing are packs of wandering javelinas, the phantasmal sound of coyotes wailing in the hills at night. Personally the only heartbreak I found in the game is a lack of activities at Torquemada, my favorite location. The view from that fortress is unmatched, where the towering spires of the valley floor below are taken directly from Monument Valley, a real place I’ve regrettably never been. I could sit and play Liar’s Dice at that vista possibly forever, looking out across Diez Coronas, on any clear night with a few good friends. 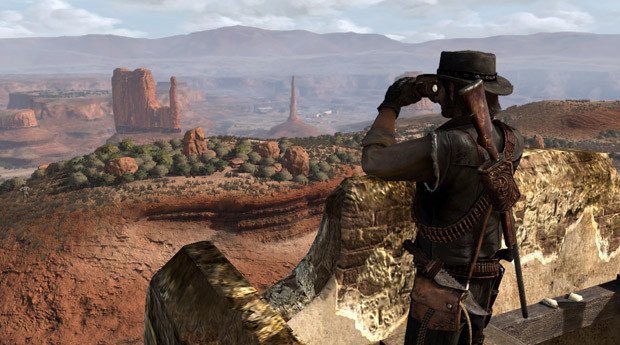 I’ve always believed that any game worth its salt (or book or movie, for that matter) really only needs to nail its given atmosphere. Everything else, as long as it’s not total crap, seems to be icing on the cake. Amazing gameplay and storytelling aside, Red Dead Redemption has atmosphere in spades, so richly textured beyond any game I’ve experienced before or since that I can be sure it’s not just my personal connection to the desert landscape that amazes me so thoroughly about its presentation. It’s the perfect imitation, the authenticity in the details of the desert landscape that makes Red Dead Redemption Rockstar’s single most amazing accomplishment to date, and a true landmark for how intricately realized a video game world can be.