Nintendo’s third “Mario & Luigi” action/role-playing game Mario & Luigi: Bowswer’s Inside Story hits shelves today for the Nintendo DS. Our review is forthcoming, in the capable hands of Mr. Jim Sterling. But based on the few hours I spent with our review copy last week, I was inspired to run out and reserve my own copy (which I’ll be picking up this evening, thank you very much).

Why? Besides the game’s solid gameplay, which should be familiar to fans of previous Mario role-playing games, the game is full of character. Unlike Mario’s platformer adventures — which arguably are lacking in any substantial narrative — Bowser’s Inside Story features some of the silliest, engaging dialogue in gaming.

Considering the game was developed in Japan by a Japanese-speaking development team, we have Nintendo’s solid localization team to thank for that. We caught up with Nate Bihldoff, Sr. Localization Manager (that’s sort of him above on the left) via email to talk bringing the game to the States, and Nintendo’s localization process in general.

[Thanks to Destructoid’s Jonathan Holmes and the community for providing some of the questions!]

For Bowser’s Inside Story, what are some jokes that you radically changed or took out entirely because you thought they wouldn’t work for the Western audience?

I obviously do a lot of work with Fawful’s lines, just because he’s so different in Japanese — his grammar isn’t anywhere near as bad, and he finishes every line by saying “Fururururu!”

I did a similar job with Midbus, his second-in-command, just because most of his banter with Bowser involved a series of plays on words that only worked in Japanese. Since those wouldn’t work, I instead gave him a dialect that’s meant to evoke a poorly dubbed kung-fu movie…where the lead character is pretty stupid. He talks in short sentence fragments, constantly screws up his threats, and generally gets humiliated by Bowser. It helps if you imagine his lips moving out of sync with his dialogue to complete the image.

What other kinds of things did they you have to change to adapt the game for a Western market?

Not a whole lot, actually — unlike other games where we do some character redesigns and game-play tweaks, this game was pretty much good to go. We localized all dialogue, item, character, and monster names, named the game, did a little voice recording… but other than that, everything in the Japanese game survived the trip to our country.

Where do you look for guidance in characterizing the game’s cast? Is there some sort of “Mushroom Kingdom linguistic bible” that you have to follow, or could you have Bowser say “Kiss my grits, you jive turkey” if you chose to?

There’s no actual document, but between our communications with the creators of the characters and our own experience localizing these games for over a decade, we do have standards that we apply when writing recurring characters. You want characters to have consistency, of course, so suddenly turning Bowser into an amalgam of two opposites would be pretty bizarre.

Mr. Miyamoto has made it clear that he doesn’t think that story is important in Mario games. Do you agree with his assessment?

That’s painting Mr. Miyamoto’s comments with a pretty broad brush — in the interview you’re referencing, Mr. Miyamoto was actually talking about Mario platformers, which are a different beast entirely. In the RPGs, story is obviously central — I’ve worked on both types of games, and the difference in sheer text volume is approximately 10,000 to 1.

“Comedy” games seem to do pretty well on Nintendo portables. The Mario and Luigi games, the Phoenix Wright series, Feel the Magic/The Rub Rabbits, and the Wario Ware titles are just a few examples. Why do you think comedy games do well on Nintendo’s handhelds?

That’s an interesting point — maybe people like to laugh on the bus? Then again, there are a fair number of successful comedy games on Nintendo consoles as well, so maybe people just like laughing, period.

Who’s your intended audience? Who do you feel you’re writing for?

First and foremost, I try to write for Mario fans. Beyond that, I try to write for as broad an audience as possible, so that people of any age and skill level will take some pleasure out of the game. You can never make everyone totally happy, but if I can get a smile out of each and every person who plays, I’m happy.

Do you have multiple paths to do down in localization? Like, are there different ways to interpret something in English from Japanese, or any other language? If so, how do you choose which interpretation to use?

There are always gray areas in games, and deciding which interpretation to use involves truly understanding the intent in the game (which means playing it a LOT) and making sure it works for our audience. If we’re worried about making a change to make something more accessible for our market, we just run it past the team in Japan to make sure they’re OK with it. Otherwise, the localization team just comes to a consensus and then runs with it. 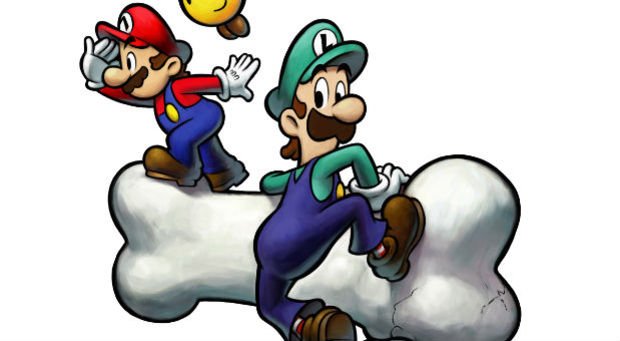 Barrage of questions time: What’s the career pathway for working in videogame localization? Are the positions for translators and localization writers separate at Nintendo? Do you need to be an expert in a foreign language or are there also writers that clean up and shape pre-translated text? What kind of experience do you look for when making hiring decisions?

It’s different at different companies, but here at Nintendo, our localization teams are made up of Japanese-English bilinguals who translate the original text, then writer/editors who rewrite the text, add in accents and jokes, and make everything fit in the windows. The translators and writers work really closely to make sure we keep everything true to the original text while still working for our market. We also have bilinguals that specialize in Quebecois French and Latin American Spanish, so on games like this one, we have those languages available as well.

Obviously we look for people with outstanding bilingual skills for the bilingual positions, and people with excellent English backgrounds for our writer/editors. Also, everyone needs to love games, and have the skills to do a three-heart run in the original The Legend of Zelda before they’ll even be considered.

Who decides which games get localized, and more importantly, what are you working on now?

The games that become localization projects are basically  business decisions made after much discussion between NCL and NOA. Those decisions are extremely complicated and involve the input of many departments of both companies — the particulars must remain secret to disorient the very vocal champions of various neglected franchises.

As far as what I’m working on now, that’s a secret too, but I’m pretty sure it’ll make you smile.