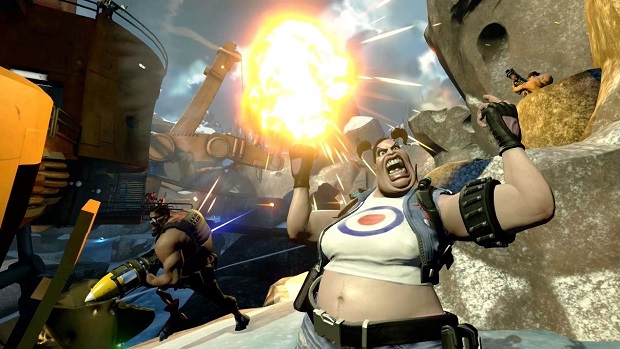 Austin-based studio Edge of Reality has just recently announced that a new four-player PvE Campaign beta will be available prior to releasing update 5.0 for its twerktastic free-to-play competitive shooter Loadout.

The beta will be open to all Loadout players and should be going live in the coming weeks. Details for 5.0 are scarce, but the team has released a teaser trailer and this brief synopsis of what we can expect.

For participating in the update 5.0 beta, Edge of Reality will also be giving out free Brain Scan Deflector cosmetic items (tinfoil hats) because hats.

I’m actually pretty excited about this update! Loadout just happens to be one of my favorite multiplayer games at the moment and now that they are adding in a cooperative mode, I have a feeling that I’ll be spending quite a bit more time playing it.

For more information on how to participate in the beta be sure to check out the game’s official PvE beta FAQ.