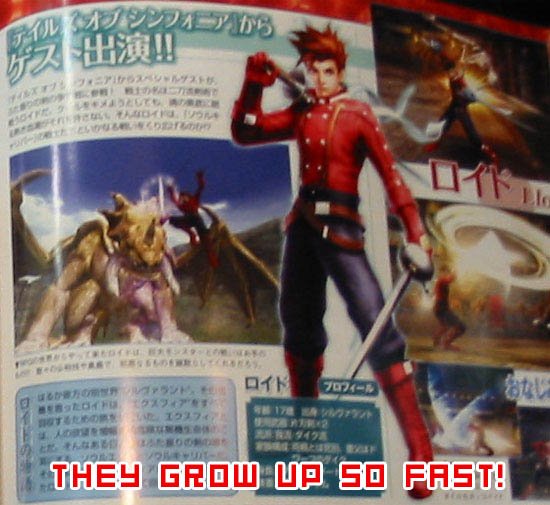 Siliconera has a blurry scan of of a Japanese magazine showing Tales of Symphonia character Lloyd making his fighting game debut in the upcoming Soul Calibur Legends as a playable character.

Where has the time gone? Lloyd Irving used to be a super-deformed little chubb (and the ToS‘s protagonist), but now he’s taking on the likes of Mitsurugi and Ivy in this big boy game as a fully grown character model.

Lloyd makes for a good fit for a sword-wielding fighting game character, as he’s always toted two blades. Hell, he may even be a better fit than Link was in an earlier Soul Calibur title.