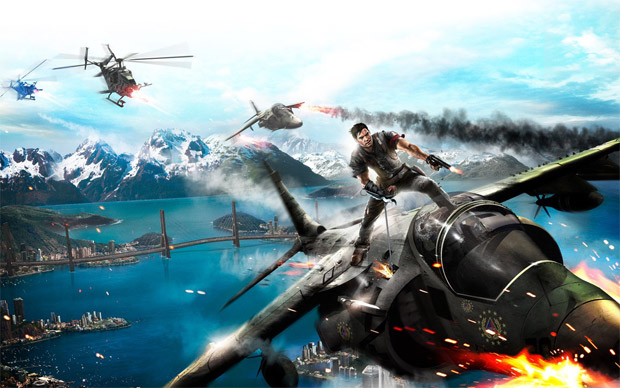 Today on Mash Tactics, in honor of you guys helping us hit 100,000,000 views on Twitch.tv, I’ll be kicking things off with a fan favorite, Just Cause 2. If you’ve seen us play this before, it should be well known that we just like to mod the hell of the game, and blow everything to bits. With everything from missile launchers that could level the moon, to flying around like Superman and running faster than the Flash, to infinite, unbreakable grappling hooks, this game at times will make even the most insane moments in GTA V look about as crazy as two old men playing checkers.

Also, I just have throw this out there that while I have more than two hundred hours sunk into this game, one thing I’ve never done is, well, finished it. So, the motivation for this evening is to actually make some progress … maybe. It shouldn’t be too rough however when you can summon any damn thing you want, are invincible, and have the firepower to decimate half of the known universe. Thanks again for all of your support, and be sure to get over to Dtoid.TV and watch the insanity go down!

QotD: What games have you played that mods made a million times better?