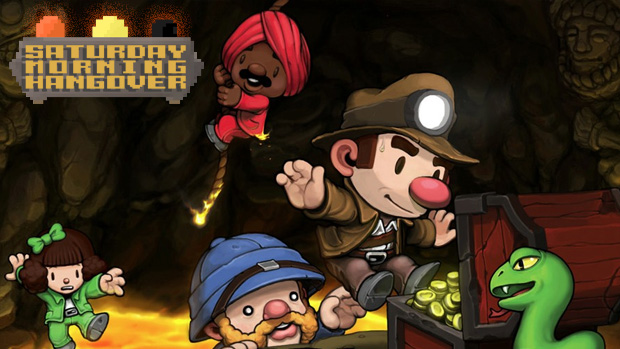 Have you guys been playing Spelunky? I can’t seem to stop thinking about it, particularly after the praise Jordan heaped upon the game in his review. So, now that it’s out, I’m going to tie Jordan and Katrina down to the couch and make them play it with me at least until I get out of that f*cking jungle.

But before we can get to all of that fun, we have a new batch of Xbox Live Indie Games demos to check out first. It’s a mercifully slim week, with only half a dozen titles and nothing where I took one look at screenshots and thought, “My GOD, what is that thing?!” Promising titles include RotoSchutzen, a 2D side-scrolling game of aerial combat where you pilot what looks like a crate with a cannon on one end and a propeller on the other. And I’m quite keen to examine Super Amazing Wagon Adventure, a game which plays out a random sequence of short stages to tell a different story on each run through.

It’s all happening from 10am Pacific over on Dtoid TV! Come hang out with us!