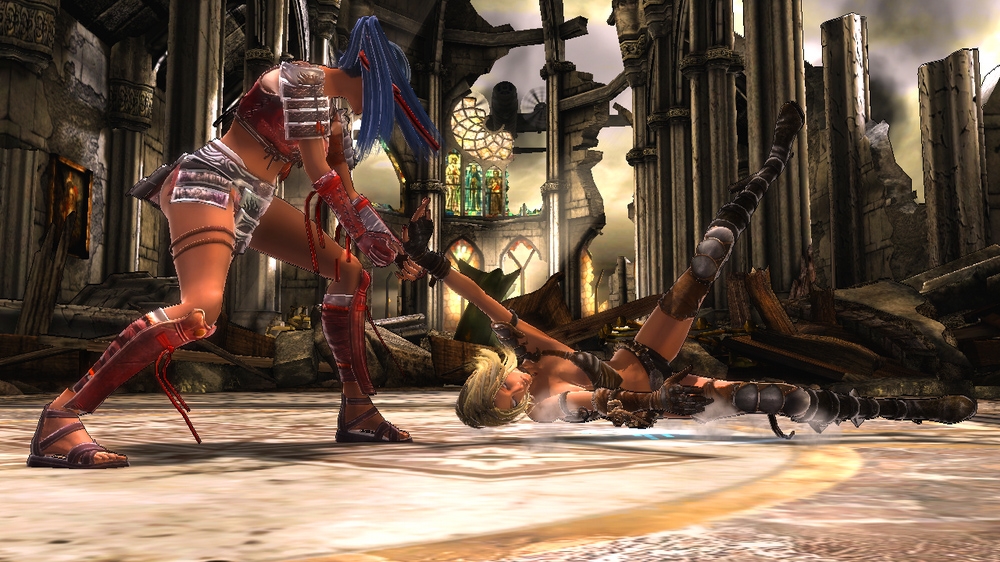 I got to see a bit of Girl Fight a couple years ago at GDC, and while it was pretty stupid and awfully basic, it was, in some strange way, actually quite a bit of brainless button-mashing fun as well. Since that time, the game has fallen off of the radar, and I thought it was canceled. Well, it seems that I was wrong, and this is actually something that exists now. For better or for worse, we’ll be diving into it tonight on Mash Tactics.

Be sure to come by and check out a few hours of silliness as we showcase, well, whatever this is supposed to be. Also, if for some reason you happen to own this game as well, hit me up and we’ll get our brawl on. To be honest, all I’m really hoping for tonight is that the glitch that broke the, erm, ‘boob-physics’ still exists. Because, as juvenile as that may sound, trust me when I say it’s laugh-out-loud hilarious, and perhaps, sadly, the best part of the game.

QotD: What is the worst game that you’ve purchased, and actually played all of the way through?