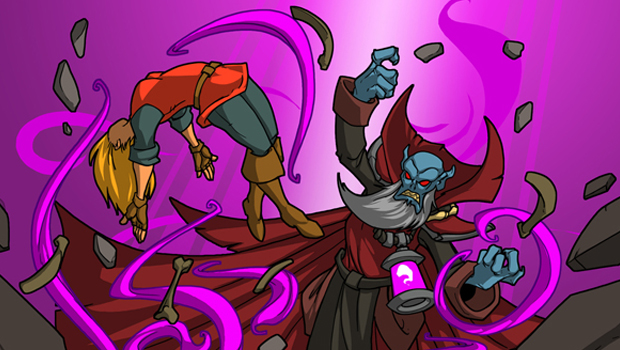 If you can only watch one episode of Mash Tactics this week, trust me when I tell you to make sure it’s this one. I have a feeling this evening is going to be something truly special. Tonight, I’ll be rocking the amazing rhythm-game/rogue-like hybrid Crypt of the NecroDancer, which has yet to be released to the public, all while chatting with one of  the games lead designers, Ryan Clark. What’s that you say, an awesome interview, and a crazy good, genre-bending game isn’t enough to get you excited? Well fine, because there’s more than just that to tonight’s show.

In addition to what I think is an already awesome lineup, I’ll be joined by the games composer, and all around entertaining bad-ass, Danny Baranowsky as well. Still not sold? Ok, I got this. How about if I said that during the interview, I wouldn’t be playing the game on a controller, or on a keyboard, but on a DDR dance-pad? Gotcha yet? No? Ok, what if some friends join in on the action with me, we grab some beers, and I sport a pair of short-shorts? If that still hasn’t grabbed you, then my apologies, but if that seems like something you might be interested in watching, get over to Dtoid.TV early, and don’t miss any of the insanity that is about to go down.

QotD: What games have you played with peripherals that they were not designed for?