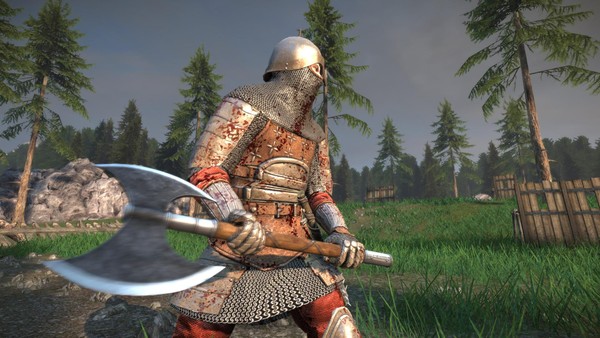 Try to imagine a group of ninjas, spartans, vikings, pirates, samurais, and knights, running around like madmen, yelling nonsensical jibber-jabber at the top of their lungs, all the while trying to brutally dismember one another. Did you imagine it? Good, now you have an idea of what’s about to go down on Mash Tactics tonight, as I invite the community to a few rounds of the always hilarious, always bloody, and always obnoxiously loud, Chivalry: Deadliest Warrior.

A couple of weeks ago we dove in and tried out the beta for this game, and it instantaneously became a fan favorite. I mean, what’s not to love about chopping up your opponent, and kicking their body parts all over the map before running off screaming like a crazed banshee? If you missed out on all the insanely entertaining madness the first time around, fret not, as the game is now fully released on Steam, and we’ll be returning to the battle this evening. Get there and get in!

QotD: Who would win in a fight, the cast of Friends, or a 700lb pile of marshmallows?