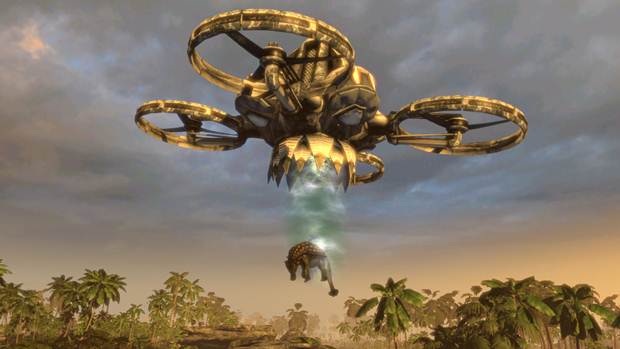 Eat your heart out Ted Nugent

For some odd reason, I’ve been dying for a chance to showcase Carnivores HD: Dinosaur Hunter on Mash Tactics for quite some time now, and with a slight slowdown in huge game releases, it’s finally going to happen. Oh yes, it’s time to annihilate the entire dinosaur population, … again.

I can’t really say why I like this game so much, it’s pretty low-budget, doesn’t have a huge selection of dinosaurs to hunt, and all around feels like a cheaper version of a Cabela’s game, if that’s actually humanly possible. However, all of that doesn’t change the fact that there is something oddly satisfying about tracking a T-Rex, taking it down, and adding it to your trophy collection. Throw on your best camouflage, grab a six-pack, and join us for some silly dinosaur hunting shenanigans tonight on Dtoid.TV!

QotD: What is the best game with dinosaurs in it that you’ve played?