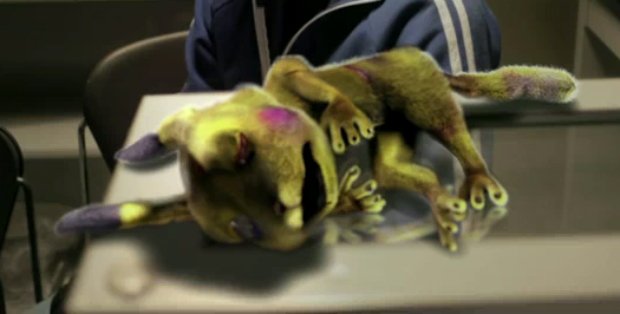 On one hand, this an trailer shows a lot of love for the source material. They work in lines from the show as much as possible, usually with good comic effect. The special effects, while clearly fan made, are very well done for the style that they’re going for. Remember those realistic Mario and Kirby pics from a while back? The ones that took lovable, relate-able gaming mascots and turned them into creepy demons? Yeah, it’s like that.

That’s where I go from glad to sad on this fan-made trailer. It’s a stark reminder of how many people sincerely want a “realistic” Pokemon game, one with guns and darkness and dark moments and DARK FEELINGS.

I don’t think there is a way to do that without losing the essence of the original material. You can’t make a movie where Kermit the Frog is a serial killer, you can’t make a gory zombie movie set in the Star Wars universe, and you can’t make a “realistic” Pokemon game.

Oh wait a second. As it turns out, you can make an awesome zombie movie set in the Star Wars universe.  Maybe this “badass Pokemon” thing could work out after all.

The Trailer To End All Trailers: Pokémon Apokélypse– [GameInformer]