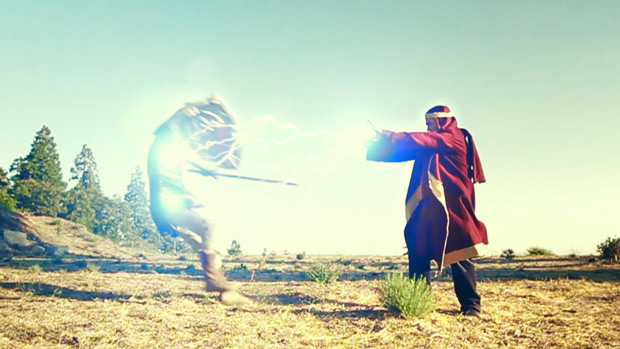 Hollywood produced video game adaptations are traditionally a train wreck, which is a major factor in why I never want to see Nintendo’s The Legend of Zelda portrayed on the silver screen. But while I may hold firm to this belief, everyone once in awhile a fan film comes along that makes me think ‘maybe this isn’t a bad idea.’

Titled The Dark Mask, the short live-action film pits the heroic Link in an epic battle with the vile wizard Agahnim. The dialog came off a little rough to me, but everything else is fairly epic and well worth the three and half minutes it lasts. And that ending… well lets just say I really hope the folks over at Mars Rising Films put together the sequel.

The Dark Mask (The Legend of Zelda) [Mars Rising]