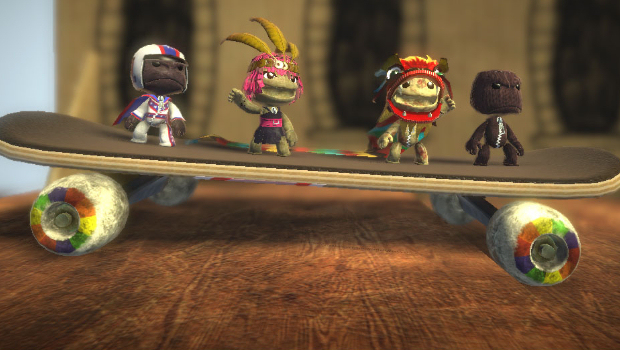 LittleBigPlanet is going to become a kart racer, creatively titled LittleBigPlanet Karting. It seems odd that a series built around making what you want and creating many types of games has been restricted to a single genre, but if Sony still wants to make Sackboy some sort of mascot, then a kart racer is obligatory.

There had been rumors of this game circulating for the past week, and Sony responded to the gossip with an uncharacteristic confirmation, rather than a flat denial: “We can confirm that LittleBigPlanet Karting is in fact in development and we look forward to sharing more on the game soon!”

So there you go. Out there, somewhere, the Modnation Racers team is crying softly and wondering what it did to make Sony so upset.