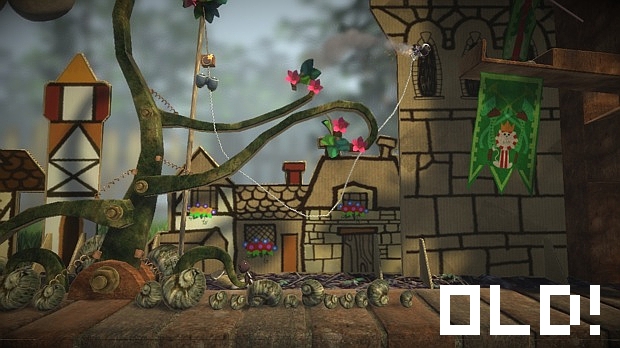 Media Molecule’s LittleBigPlanet community has been busy. According to an SCEE press release today, 725,000 levels have been created since the game’s launch in November. The European arm of Sony also mentioned two more notable numbers: The game has been played more than 125 million times and over four million level comments have been logged.

Of course, if you play LBP on a regular basis, you’re probably already aware of the amount of levels. There’s a lot of junk clogging the game’s creative arteries at the moment, sadly.

Still, though, there’s a lot of awesome stuff to celebrate. The Destructoid-themed level by Takeshi springs into my mind immediately as one of the most charming levels I’ve ever seen in the game. (I still have a soft spot for the Street Fighter themed level as well.) Which one of the 725k levels have struck your fancy?

LittleBigPlanetTM flourishes with a community of nearly two million users

London, 01st April 2009: The critically-acclaimed LittleBigPlanet™ for PLAYSTATION®3 (PS3™) has marked the coming of age of gaming as it moves into a new realm defined by creativity and community. This best-selling title from Sony Computer Entertainment Europe (SCEE) allows players to build their own levels and share them via PlayStation®Network. Nearly two million players worldwide have joined the LittleBigPlanet community since its launch in November 2008, where they, rather than developers, drive the experience by creating game content to share with others.

Each of LittleBigPlanet’s 725,000 user-generated levels is unique. Many are inspired by films, TV shows and games titles, including levels “LittleBigPlanet Takeshi’s Castle”, “LBP Jurassic Park” and “LBP-MotorStorm”, while others use in-game tools to show-off impressive engineering such as the “LittleBigCalculator”, circus-themed “Uncle Fritz’s Funhouse Frenzy” or LittleBigPlanet community favourite “Huge Pinball Machine”. Some players create music levels, requiring the player to push buttons to create a song, while Japanese rock-pop group the Beat Crusaders recently developed their music video for Phantom Planet with LittleBigPlanet. Others play tribute to family and friends, hobbies and passions, while levels like “Illumina Garden” come only from the most active imaginations.

The LittleBigPlanet community is growing rapidly day by day, and since launching, the game has been played more than 125 million times with players posting more than four million comments on game levels – many begging creators for sequels to their favourites.

“LittleBigPlanet is giving people from every walk of life the opportunity to express themselves creatively. The game is just the start. This is Creative Gaming; never ending experiences that take on lives of their own through their players.

LittleBigPlanet appeals to a generation shaped by their networks and thirsty for great experiences to share with friends. Where LittleBigPlanet goes from here is up to its community; it is theirs to shape however they like. This makes it much more inclusive than gaming has ever been before.”

LittleBigPlanet teaches players to create as they play. Sackboy™ is your very own customisable character; a walking toolbox of building skills and materials that allows players to create new objects, landscapes, puzzles, characters, weapons, prizes, narratives and more. Players can also upload their own photos and media into levels straight from their PS3.

With so many different entertainment features, PS3 makes a strong case for pride of place in the home – storing photos, video and favourite TV shows via PlayTV™ – as well as offering Blu-ray Disc™ playback and the Internet access. It also supports a growing number of communities through its own PlayStation Network, including the SingStar® and Buzz!™ communities where people share their finest singing performances and create and share their own quizzes.

To find out more about LittleBigPlanet, please visit www.littlebigplanet.com.