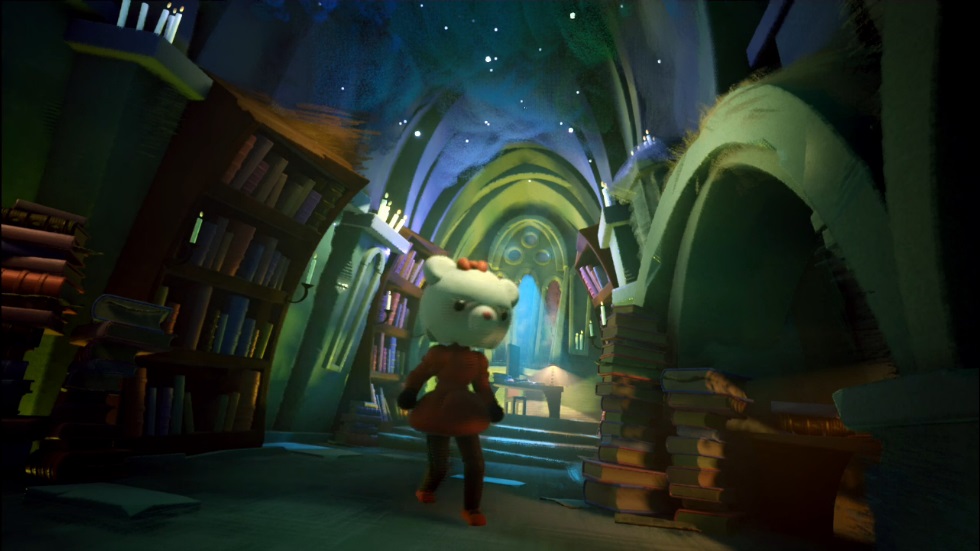 Media Molecule (LittleBigPlanet, Tearaway) has shown how its interesting new game, Dreams, works with a live demo of the game in alpha state that included plenty of rat possession.

Every player creates a custom Imp who follows you in Dreams; this one Calcifer orange and French. You use the Imp, controlled with the DualShock 4 motion controls, to engage with the world almost like a computer mouse.

The Imp can also possess characters, vehicles, and inanimate objects. Each Dream can go from traditional platforming to sandbox to puzzles; the one on display was set wide-open so you can do anything, in this case plopping a bunch of trees around, then a small house. Going through the door led somewhere completely different, a large stone study. “Almost anything, like a well or a manhole cover” can be a gateway to another dream.

Unlike LittleBigPlanet, which separates “play and create,” Dreams mashes them up, though you can lock your levels down more, too. Plus, giant macaroon dessert world! Looks pretty neat. There’s a beta coming 2016, too.