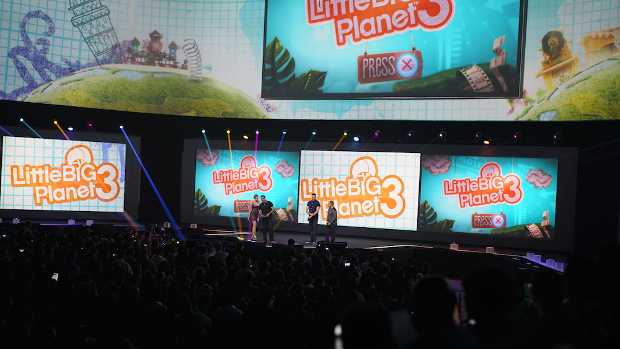 Over 8.7 levels made, all will be playable

Sony has some LittleBigPlanet 3 (PS4) footage and the biggest change in the series is the introduction of new character types alongside Sackyboy.

Oddsock runs on all fours and quickly. It can wall jump and burst through certain walls like Wario with his elbow. Toggle is a slower, stronger, heavier character, though it can make itself small with the push of a button, which sometimes allows you to spring Toggle upwards. The last, Swoop, seems to sort of break the idea of a platformer with the ability to fly and carry other characters.