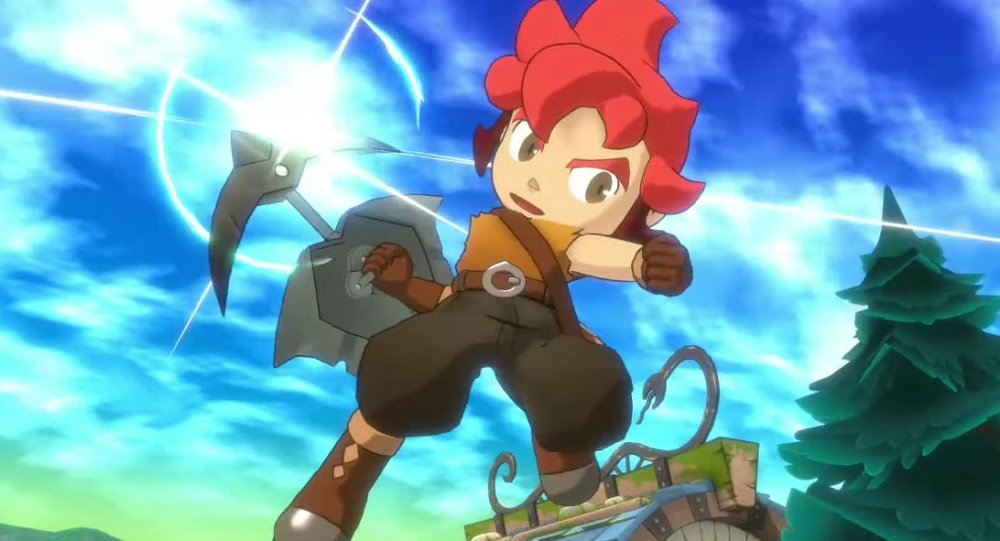 The battle is won in the brain

Game Freak has released an extended gameplay video for its upcoming Switch RPG Little Town Hero. The clip not only gives us a look at the game’s cutesy, hazardous world and its titular hero, Axe, but also shows off some of the title’s unique combat, which is based around “ideas” and adaptation.

In essence, combat in Little Town Hero will play out not dissimilar to a tabletop card game. Axe will be able to form ideas – or “Izzits” – and then spend “Power” (think of it as ability points) in order to convert them into “Dazzits” – essentially offensive, defensive or stat-buffing maneuvers. Some of these moves are one-shots, while others can be used several times in battle. The ultimate goal is to beat out all of your opponent’s Dazzits to win the round.

In between rounds, Axe and his opponent(s) move around the map, and Axe can take advantage of friends and gimmicks located in certain spaces, such as having a villager heal him, or utilising a nearby cannon. Players will need to efficiently manage the Izzit/Dazzit system, while taking advantage of Axe’s environmental surroundings to win the day. It sounds a little more complicated than it looks in execution, but its an intriguing battle mechanic, and I look forward to getting to grips with it in person.