I’ve been meaning to get around to Little Nightmares.

Based on the positive reaction and the interesting animations it looks like a great way to spend a rainy afternoon, and when I eventually pick it up there’s probably going to be a Game of the Year edition waiting. That hunch not simply based on Bandai Namco’s history of selling complete editions — they’ve already announced one for pre-order.

When it’s done it’ll come with three DLC packs — The Depths (July), The Hideaway (November), and an unnamed final chapter (January). The former is out today and deals with an evil foe called “The Granny.” 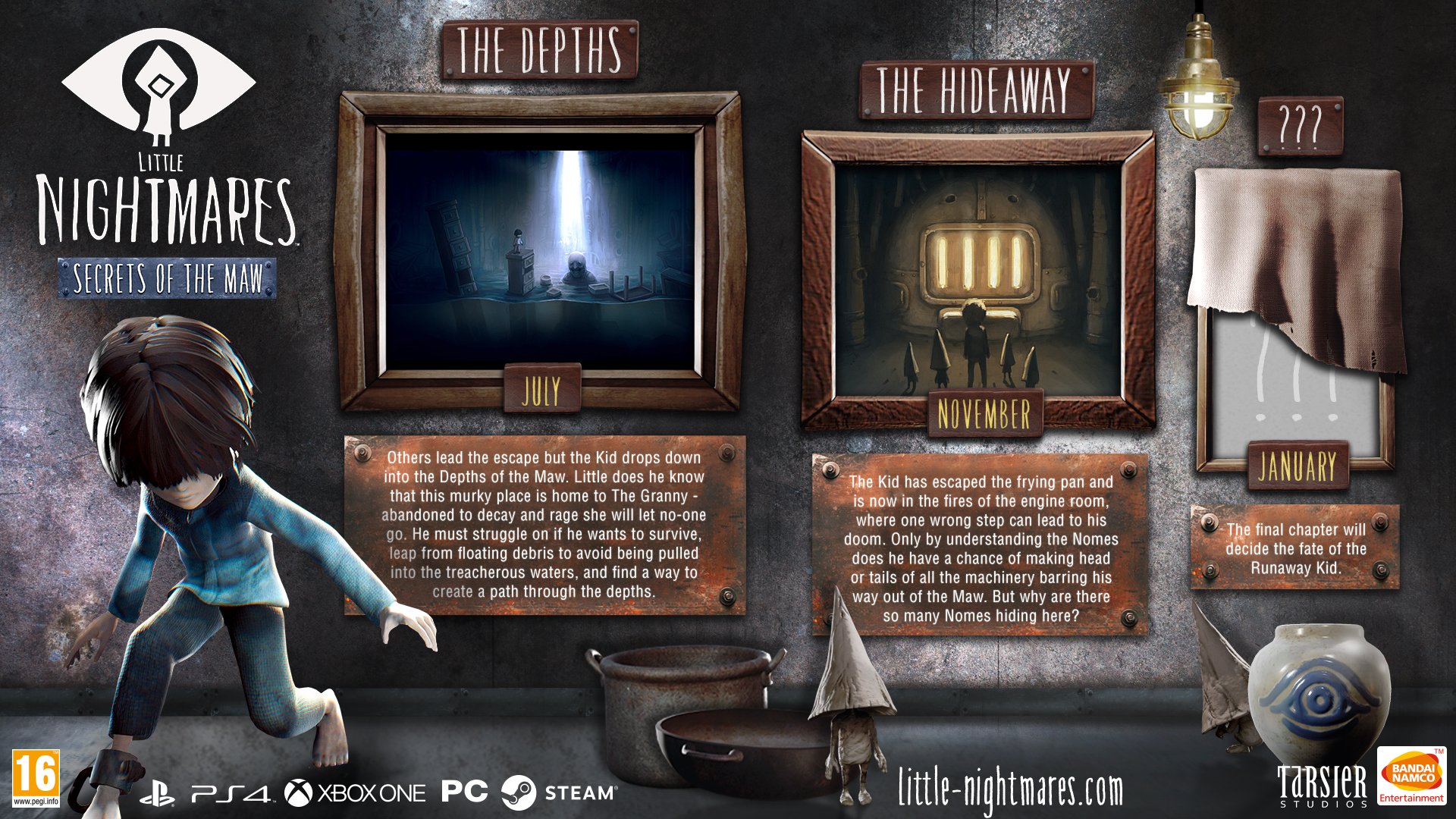