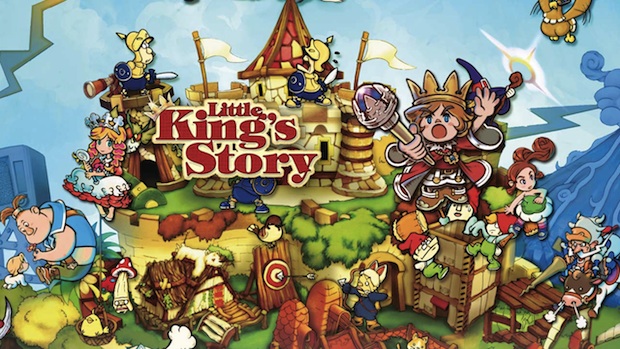 We learned just yesterday that Konami will be publishing a new PS Vita Little King’s Story title. It’s not clear yet if the game is new or some sort of port, but who cares! Portable Little King action is enough for me. The game is said to have a new story, but the main character and heroine are listed as King Corobo and Princess Apricot, both from the original. So it could go either way.

We’ll know for sure when we get to play the Vita title next month at TGS. Andriasang says that the title is confirmed for the show, and will be playable at Sony’s booth. Apparently we’ll get to sample a battle involving large numbers of the kingdom’s residents.

There’s a few new bits of info on the game. The Vita version features full touch based controls, as you might have guessed. A new visual engine can show seamless time and weather shifts.  The big news is the change in visual style. While the Wii version had “super deformed” style characters, the Vita characters have more realistic proportions.