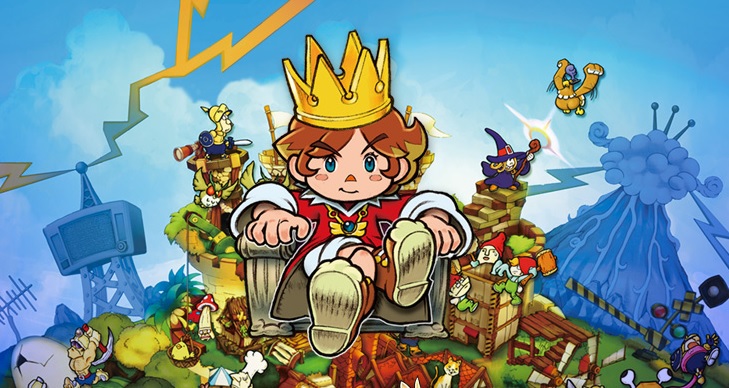 Little King’s Story is coming to Windows PC in early 2016, XSEED has announced.

The new version is a visually-enhanced port of the Wii original that XSEED (along with its parent company Marvelous and European distributor Rising Star Games) released back in 2009.

Speaking with Destructoid earlier this week, XSEED Executive Vice President Ken Berry told me the PC version is an initiative XSEED began and is overseeing, rather than Marvelous HQ in Japan.

Of course, with the original developer Cing (Another Code/Trace Memory) now defunct after going bankrupt in 2010, another studio was brought in to handle the HD conversion and porting work.

Another (Konami-made) version of the real-time strategy game with new content, a different art direction, and additional features, New Little King’s Story, came out for PlayStation Vita in 2012.

Creator Yoshiro Kimura, also known for his work on Chulip and No More Heroes, initially planned Little King’s Story as a series, but has since departed from Marvelous and formed his own independent venture, Onion Games, the studio behind the bizarre Million Onion Hotel.

While Berry said the PC port was still in the alpha stage, XSEED provided the following screenshots of game to illustrate what it might look like in HD when it debuts on PC early next year.