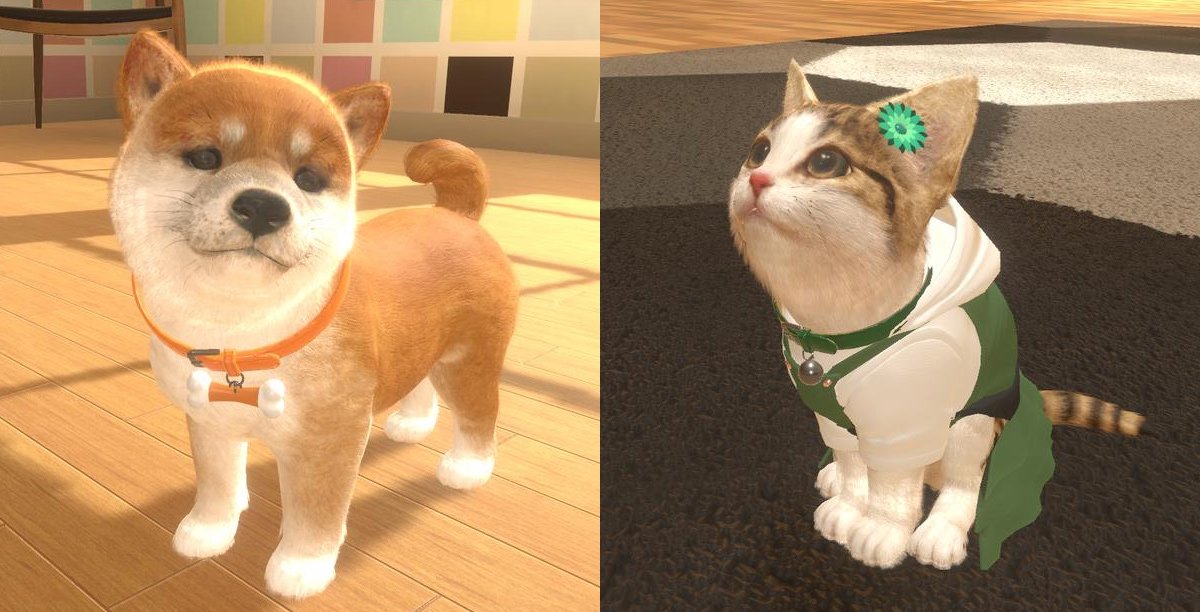 Someone had to fill the void

The folks responsible for designing the Nintendogs boxes sure did earn their paychecks. It’s a pleasant enough series of games, don’t get me wrong, but I ended up with way too many versions. If you were able to turn down those precious faces without guilt, I respect your resolve. I never could say no.

We don’t have Wii Sports Resort or Wii Fit on Switch, but we do have Go Vacation and, much better yet, Fitness Boxing. Speaking of other Nintendo-inspired void-fillers, there’s the familiar pet simulator Little Friends: Dogs & Cats. It’s hoping to warm our hearts on Switch this spring in North America and Europe.

Little Friends has touch-screen petting and Joy-Con motion-controlled disc throwing. Does it look great? Not really. Does it need to? I’d argue no, not exactly. With no alternatives, I’m willing to settle for less.

The key takeaway: You can dress up your pets in adorable, degrading outfits and not feel a hint of real-world remorse. There are only six dog breeds and three kittens to care for, but you’ll have your pick of some 600 accessories. The list of breeds includes Toy Poodle, Shiba, Chihuahua, French Bulldog, Labrador Retriever, German Shepherd, Japanese Cat, American Shorthair, and Scottish Fold.

Name your iconic duo. Without hesitation, mine is Shiba x Scottish Fold.