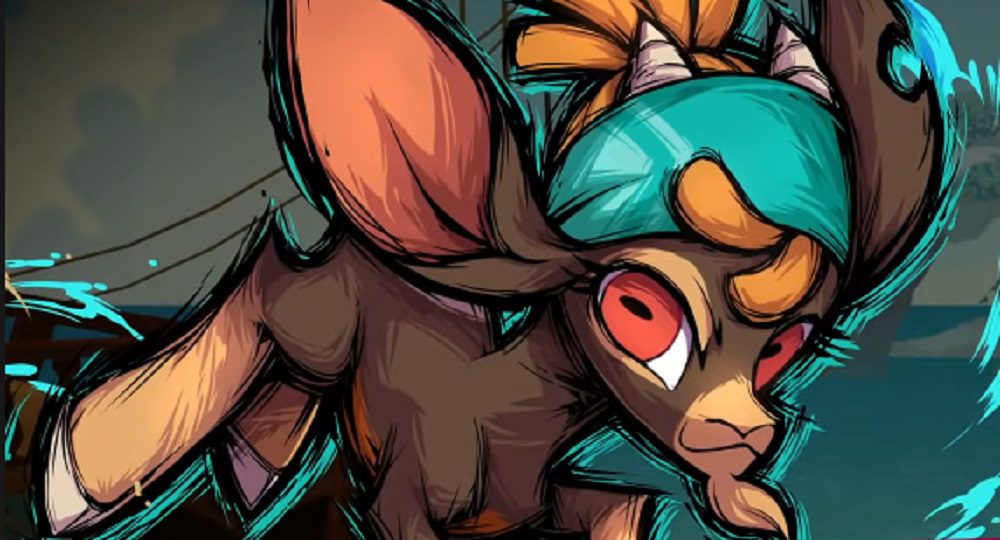 It’s been more than few grazes since we last heard from Them’s Fightin’ Herds, but fans of equine smack-fest will be pleased to hear that developer Mane6 has finally released new DLC character Shanty, with the adorable hellraiser ready to hoof it up this week.

As previously reported, Shanty is a seafaring goat who makes up for her short stature with an almighty fiery attitude. Our bleatin’ beater uses her lightweight nature to its fullest, with a masterful array of dash attacks, a combo-starting air throw, and, best of all, a selection of “off-the-wall” attacks, instantly recalling those cute viral videos where baby goats frantically spin-kick off of logs, ramps, and each other.

Purchasing Shanty will also give you access to her ship-based stage “The Capricorn,” as well as the requisite lobby/online items. Shanty will receive a full story chapter in the near future, as Mane6 is still hard at work putting together the story campaigns for Them’s Fightin’ Herds initial roster. In addition to Shanty, a new update for all players adds a redesigned replay system, a new stage (Hidden Waterfall), and a new lobby, Hallowed Grove – complete with hats, of course.

How wonderful to see Them’s Fightin’ Herds continue in its ongoing efforts to remain part of a crowded fighting game market. Hopefully, as work progresses on new content and fine-tuning the cult fighter’s mechanics, we’ll see TFH make its proud return to EVO and other FGC events very soon.