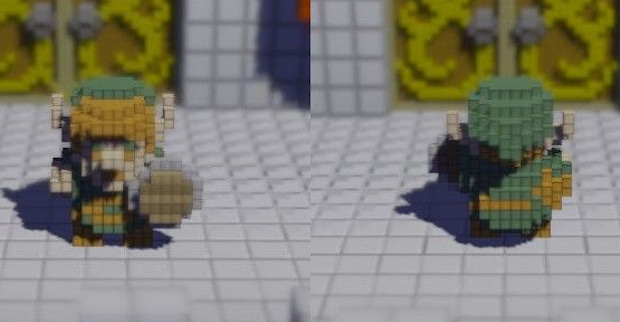 Uh oh! As if the accusations of “ZOMG ZELDA RIP-OFF” weren’t bad enough, From Software has stirred the pot by releasing character creation data that allows players to create their very own Link. Everything has come full circle as the classic Zelda hero is now technically playable in From’s shameless Zelda homage.

A number of customers who bought 3D Dot Game Heroes from Yodobashi Camera received a special edition bonus disc that contained character creation data on it, allowing players to make such heroes as “Box Man,” “White Thing,” “Tank,” and “Dracula.” Among them is a character called “Green Hat.” Load it up and you get the pictured character.

From Software, you are a bunch of cheeky scallywags!