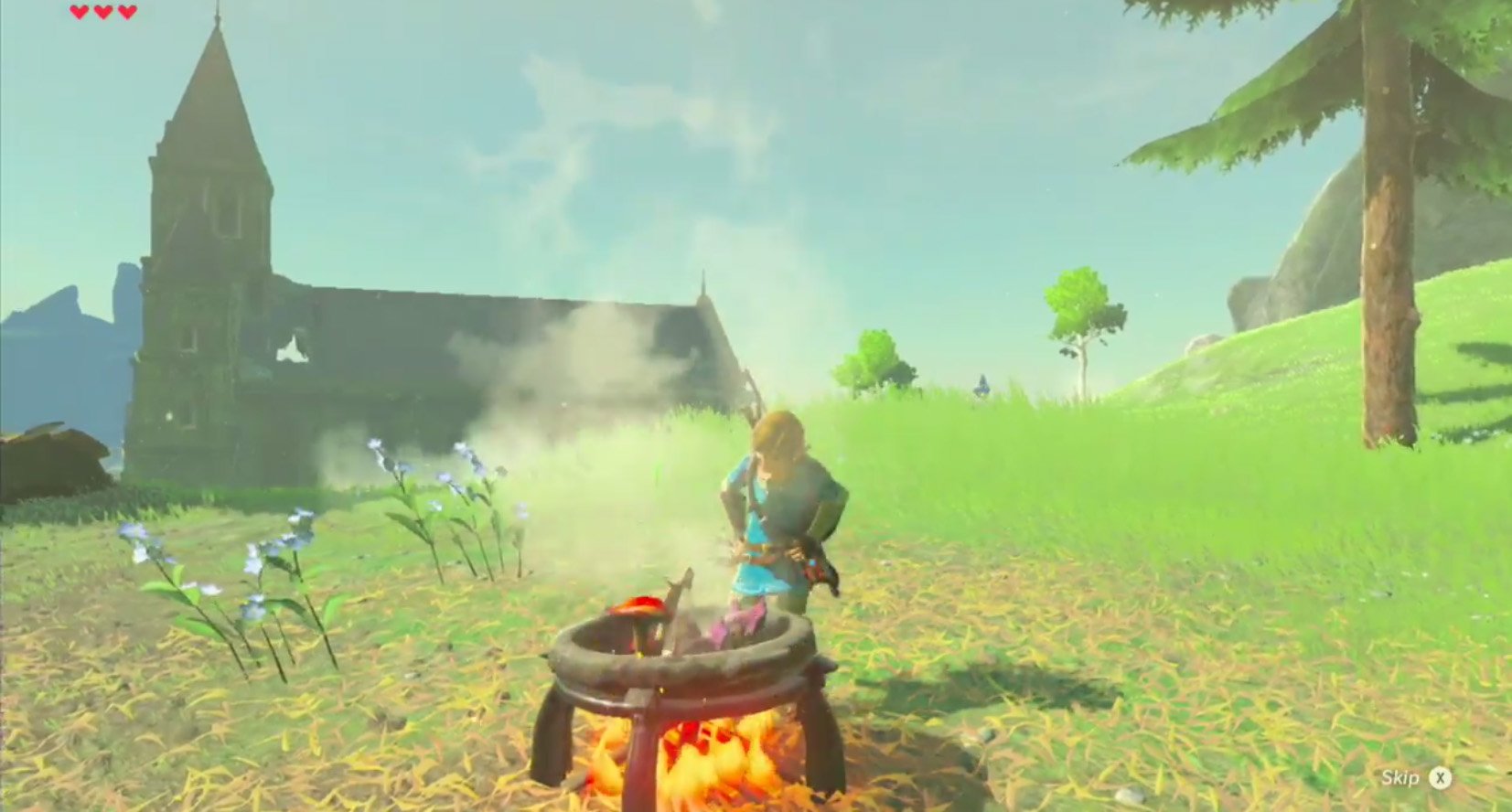 I could listen to that sizzle and chop all day

Nintendo of Europe was the first to share a new video clip showing off some of the benefits of cooking in the upcoming Legend of Zelda: Breath of the Wild. The clip shows Link cooking up three dishes using mushrooms, vegetables, and various meats. If Zelda games have taught me anything, it’s that if something is worth doing, it’s worth doing three times.

Each of the food items appears to restore a different amount of life, and also gives Link a bonus when consumed. The first dish, Hearty Steamed Mushrooms, grants him some bonus temporary hit points, which should come in handy before a difficult battle. The second, Spicy Sautéed Peppers, provides him with the inner fire necessary to shrug off intense cold.

After watching this part of the video, I was trying to think if any prior Zelda games had ever made elemental resistance into a gameplay element. Then I remembered that in Ocarina of Time, Link was obligated to acquire the Red Tunic before venturing into the volcano. In my opinion, cooking up some peppers sounds like a lot more fun than changing your clothes.

The final dish Link prepares doesn’t go very well. Adding lizard meat might be a little excessive. The game lets you know that eating the resulting “Dubious Food” “won’t hurt you… probably.” Sounds a bit like the black smoothies in Dead Rising.