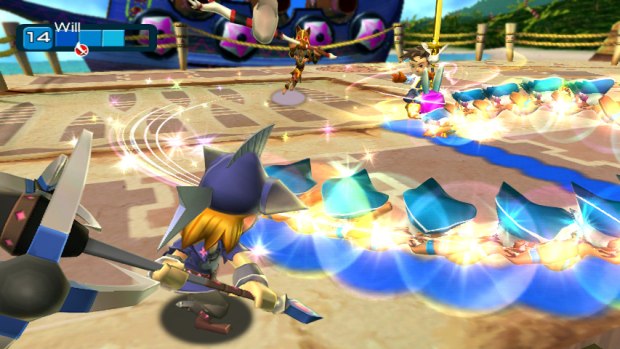 To speak the truth I hadn’t heard of Line Attack Heroes before. I would have skipped over this entirely if it wasn’t for Jonathan Holmes describing the game as “like a cross between Katamari Damacy and Power Stone.” If you don’t have an erection from that description already, just watch the video above and prepare for one seriously original and interesting looking game. Holmes even mentioned it in a comment in his most wanted Wii games of 2010 list.

Evidently it kind of dropped off the radar (or wasn’t on it at all in my case), but now it suddenly has a July 27 release date on WiiWare in Japan. The game features a story mode, a co-op mode and 4-player combat, which, if it works like it looks like it works, could be absolutely amazing. Hopefully this lands some time soon in the West as well.