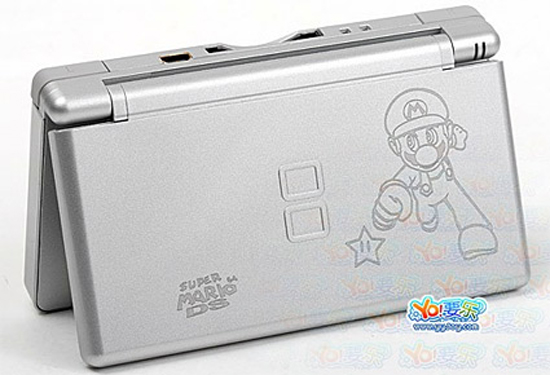 Even if you are a Mario fan, surely your first impression is likely something along the lines of “Mario 64 DS … Why now?” It’s true, the game has been out for a while in the United States. On the other hand, China has only had the game since August 2007, making it a little more timely a release. Really, it’s a pretty cool DS. Mario is laser etched into the cover, which is Gloss Silver ( I like it SO much better than that glittery silver the new PSPs are coming out in.)

This might be a tough one to import, but I suppose if you sniff around long enough you might be able to turn one up. Between this news and the scrumptious new red PSP, I can’t help but feel like the US gets the short end of the stick. We want sexy limited editions too!