The Fortnite-branded Switch – currently confirmed for release in Europe, Australia, and New Zealand – features a themed docking unit, emblazoned with the faces of popular Fortnite characters and Joy-Con daubed in exclusive shades of yellow and blue… as “exclusive” as colour shades can be, I suppose. 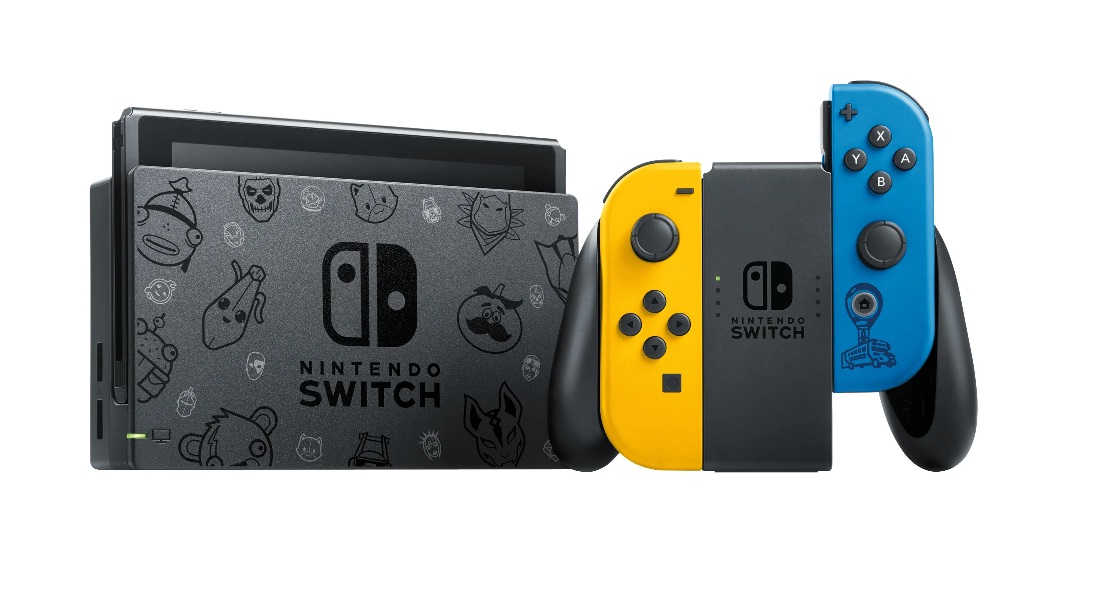