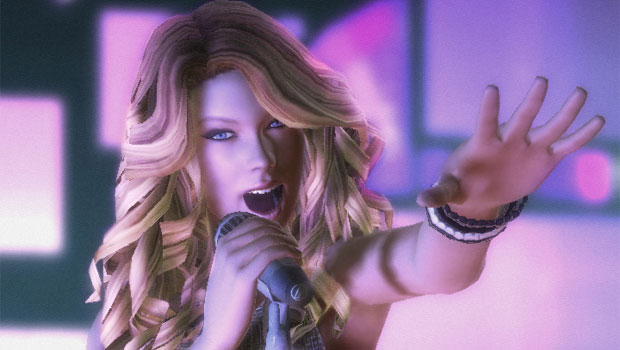 Without any irony I must say that I’m really excited to play Band Hero. Don’t laugh.

While I’m listening to Dillinger Escape Plan’s Calculating Infinity right now, next up in the queue is Kelly Clarkson’s All I Ever Wanted. While there’s no Clarkson in Band Hero (there should be — girl can sing!), I think you see where I’m going with this: I don’t hate on top 40 radio.

So while some are turning up their noses at Band Hero, I’ll be the first in line to jump on the drums and pound away to Katrina & The Waves’ “Walking on Sunshine.” Or play guitar on Finger Eleven’s “Paralyzer” like I’m a god damn living room rock n’ roll god. Or sing Taylor Swift’s “Picture to Burn” at the top of my lungs while standing on my couch.

Those are the three songs in the demo for Band Hero, which is now available on Xbox LIVE Marketplace. It’s available for everyone but those in Asia. Because Asia hates Katrina & The Waves… I think.