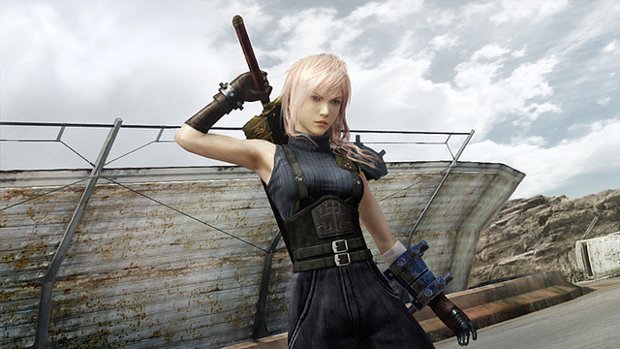 Oh man. Lightning Returns: Final Fantasy XIII, the amusingly named third entry in the XII sub-series, is coming with an interesting pre-order bonus: Cloud Strife’s SOLDIER outfit and indelible sword from Final Fantasy VII. Incidentally, Amazon is also offering a $10 credit with pre-order, which seems to be something the site has shied away from in recent years.

I’m terribly ambivalent about this ultimately unimportant thing. It’s typical fan service, but colored with a tinge of desperation because of Square Enix’s recent struggled with the Final Fantasy brand, including the seemingly directionless nature of its Final Fantasy XII sub-series. Still, there was a brief rush of nostalgic endorphins as I watched the video and a slight smile crept across my face. Final Fantasy XIII-2 was even a marked improvement over its predecessor in many ways. Maybe third time’s the charm?

Is this the most egregious offense by Square Enix yet? (No, All the Bravest has already happened) Is this a neat nod for a character who was explicitly described as a female Cloud?