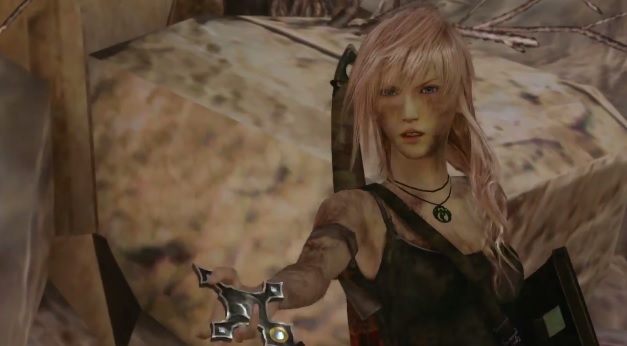 Check out the trailer below!

It’s so bizarre to see Tomb Raider and Final Fantasy under one roof, but here we are in 2014 with a Lightning Returns and Lara Croft crossover. Next week, you’ll be able to pick up the special Tomb Raider costume for Lightning, complete with the outfit, a survivor’s axe, and a riot shield (which funnily enough has the words “TOMB RAIDER” plastered on it).

I don’t want to spoil anything, but there are tombs in this game, so it makes sense on multiple levels. You can watch the trailer here.