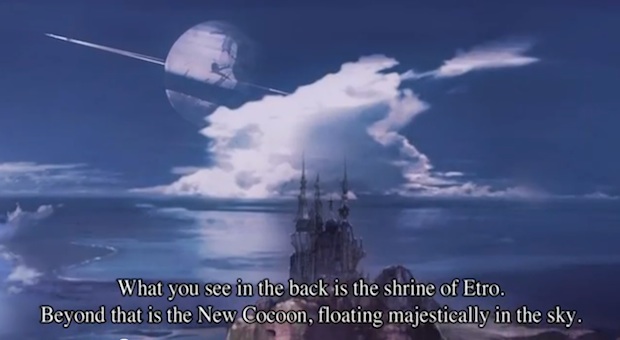 First off, despite being scheduled for yesterday, the official webpage for Lightning Returns: Final Fantasy XIII updated this morning, adding several new videos from the announcement presentation. The last of the new ones (far right) is the best one as it shows off a lot of concept art, and then teases some upcoming art reveal near its end.

The latest Famitsu uncovers a bunch of tidbits on the game’s battle system. Lightning runs solo in battle, without a party! She’s free to move around during battle, and in them commands won’t be selected. Instead, players will select abilities assigned to controller buttons. Andriasang says that battles are ‘close to action’ and have an ATB gauge.

The world of Lightning Returns was also teased. You’ll play against a constantly running clock, shown everywhere in the world. One in-game day works out to be one to two hours of real time, and actions you take in the game will increase or decrease time. Doing things like killing enemies and saving people can increase or decrease the life of the world. It seems that the game is made to be played multiple times.

Finally, the game has just one ending, and it’s supposed to be a happy one. Famitsu says that Lightning Returns: Final Fantasy is 30 percent complete as of now.