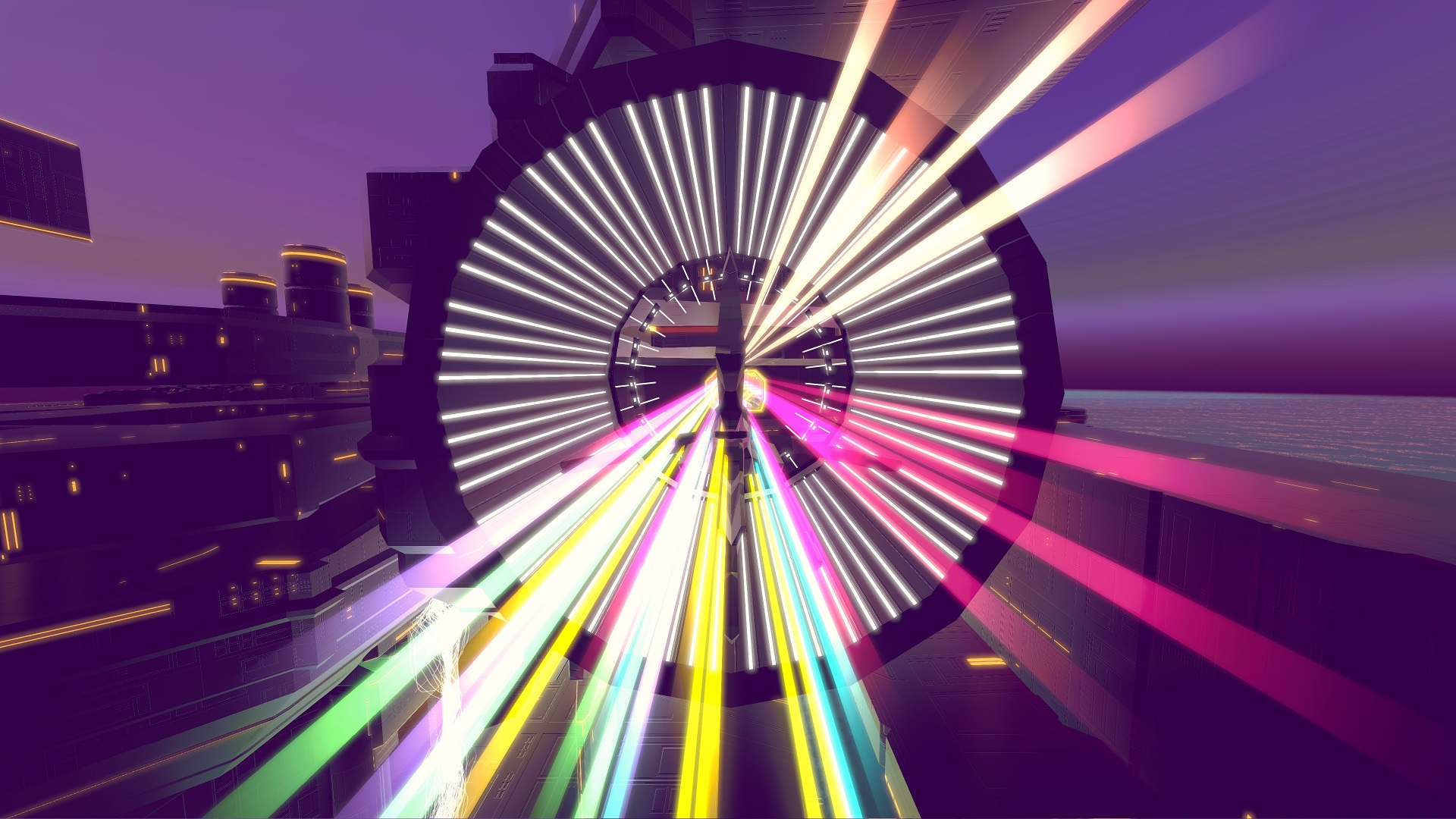 Go Your Own Way

Racing games don’t always have to be about who’s the most skilled. Sometimes they can favor the most clever. It doesn’t matter how quick your opponent is, you’re winning that race if you can consistently nail the Rainbow Road shortcut in Mario Kart 64.

Lightfield is a new game that ratchets that mindset up a thousand notches. It’s full of abstract environments in an open setting so that players can find their own optimal paths. Developer Lost in the Garden calls it an “omnidirectional version of parkour.” It’s part racing, part flying, part strategic maneuvering, and all Tron-like technicolor. You’re probably best served by just watching the trailer.

Now that you have some idea about what this is, there are some important details about what it’s made up of. Lost in the Garden says that its debut game has seven tracks and four different environments. It supports four-player local and online multiplayer. The two game modes are classic racing and time trials.

Even though Lightfield was just announced, it’s not far away. Lost in the Garden says that it’s eyeing a summer release on both PS4 and Xbox One. Before then, it’ll be at GDC next week in San Francisco where we’ll probably check it out. This one found its way to the finish line before we ever even knew it existed.

Announcing Lightfield for PS4 and XB1 [Lost in the Garden]