We’re inching ever-closer to the conclusion of Life is Strange. As we get nearer to knowing what the narrative holds for Max and Chloe, we find a bit of familiarity in the Achievements. Like always, episode four Dark Room holds ten optional photos to snap. This guide should help you nab those without any trouble at all.

In the event that you still have some missing Achievements from prior installments the episode one, episode two, and episode three guides should get you right up to speed.

Now for the formalities: Life is Strange has a chapter select feature that tells you how many photos in each section remain to be collected. However, make sure to select the option to “play this chapter in collectible mode” which will allow you to hunt without changing any choices you’ve already made.

Everything from here on out may contain spoilers. The screenshots that I’ve captured certainly give away where each Achievement can be found. I’ve listed them in the order in which they appear, but I highly recommend playing through once at your own speed before using a guide to clean up.

With that out of the way, another 200 Gamerscore is right around the corner!

This is the only Achievement that’s earned through story progression. Just finish the fourth episode. Easy peasy. 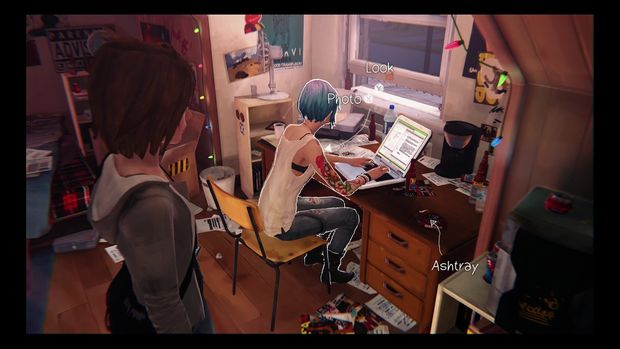 The first photo op takes a while to get to. It’s available as soon as Max has control of her camera again. Take a picture of Chloe while she’s working hard at her computer. 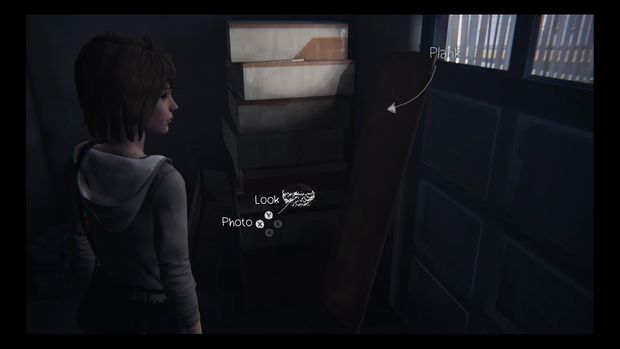 Fortunately, we don’t have to wait as long for the second photo as we did for the first. Once in step-douche’s garage, go take a gander at the bird’s nest that’s hiding behind the plank. Move the plank to the side and take a picture for Max’s Arcadia Bay Wildlife Series. Make sure to move the plank back when you’re done; drill sergeant David doesn’t like people messing with his stuff. 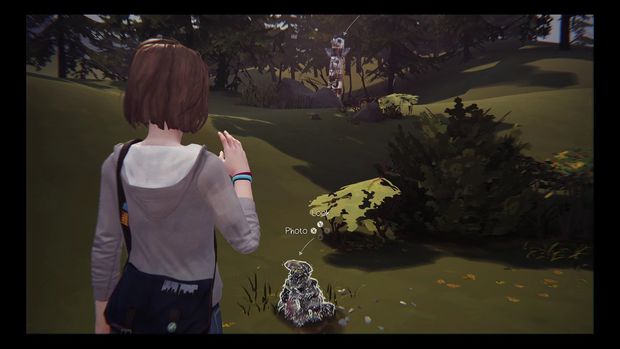 You know that ominous totem pole in the corner of the Blackwell Academy courtyard? Well, now there’s an ominous pile of stones in front of it. Go ahead and take a picture of the “Blair Witch” rocks for this episode’s third Achievement. 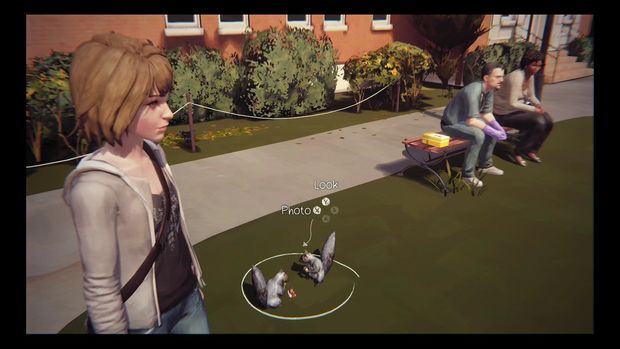 This one’s also in the Blackwell courtyard. Go talk to Samuel — he’s sitting on the bench — about animals, squirrels in particular. He’ll throw a nugget of food, which attracts one furry friend. Use the box of food next to Samuel to lure another squirrel over. When they’re snacking together, take a picture of them. 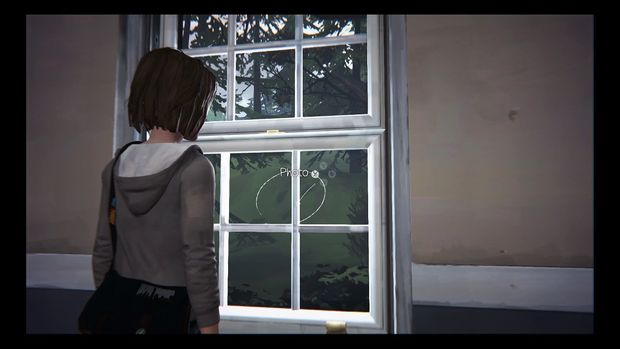 Once in the boys’ dorms, take the hallway to the right and look out the window. There are some footprints that Max finds photo-worthy. 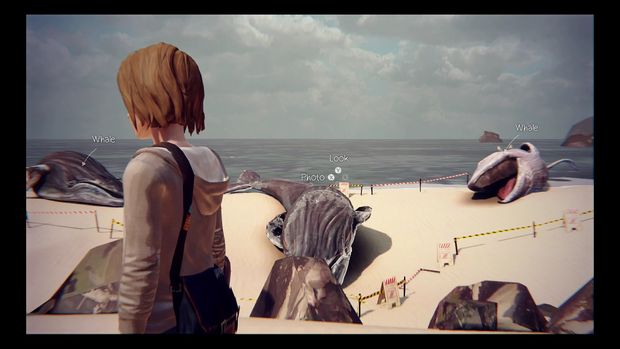 Before long, you’ll end up on the beach. This episode’s sixth photo is the third beached whale from the right. Snap a picture for some of the saddest Gamerscore you’ll ever earn. 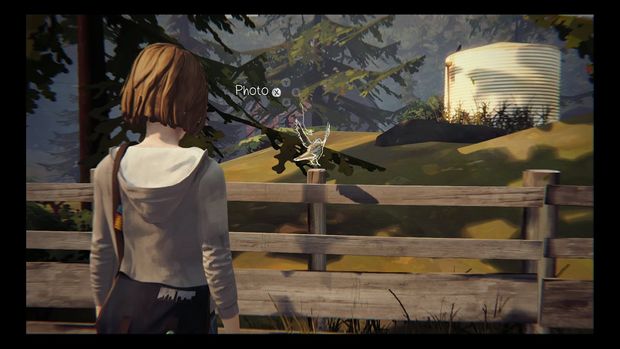 This one requires some quick reflexes and possibly a rewind or two. Off to the left of the barn is a bird posted up on the fence. Take a quick photo of it. If our feathered friend flies away, reverse time until he sits still long enough for a picture. 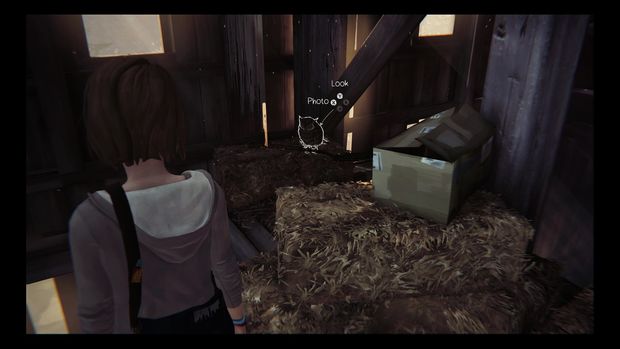 The next one’s owlfully easy to find. There’s an owl hanging out in the corner of the loft in the barn. Once you’re up there, do what Max does best. 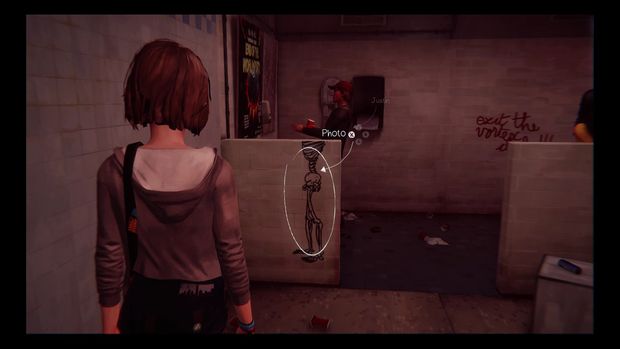 This one’s inside the End of the World Party. Go around the outside of the pool and up to where the VIP booth is. Go into the unmarked door. When in there, take a photo of Justin at the sink with his lower half lined up with the skeleton graffiti. 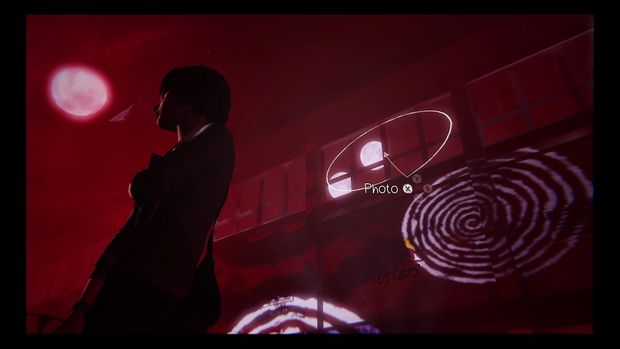 In the pool area of the End of the World Party, move off to the right side and look up and out the windows. Find a place where you can line up a nice double moon shot. Wait. Double moon?!

This one will unlock as soon as you pick up the last optional photo. Two Achievements for the price of one!