And the death toll goes up

Life Goes On released on PC two years ago, and it was a solid puzzle-platformer. Not too big, not too small, not too easy, not too difficult. It would have pleased Goldilocks, if Goldilocks liked puzzle platformers. And rampant disregard for human life.

Done to Death acts as a free update to the PC version and it also brings the morbid knight-killing simulator to PlayStation 4. It adds another set of levels and spiffs up the package a bit. It’s worth running through again, or trying it out if you missed it the first time. 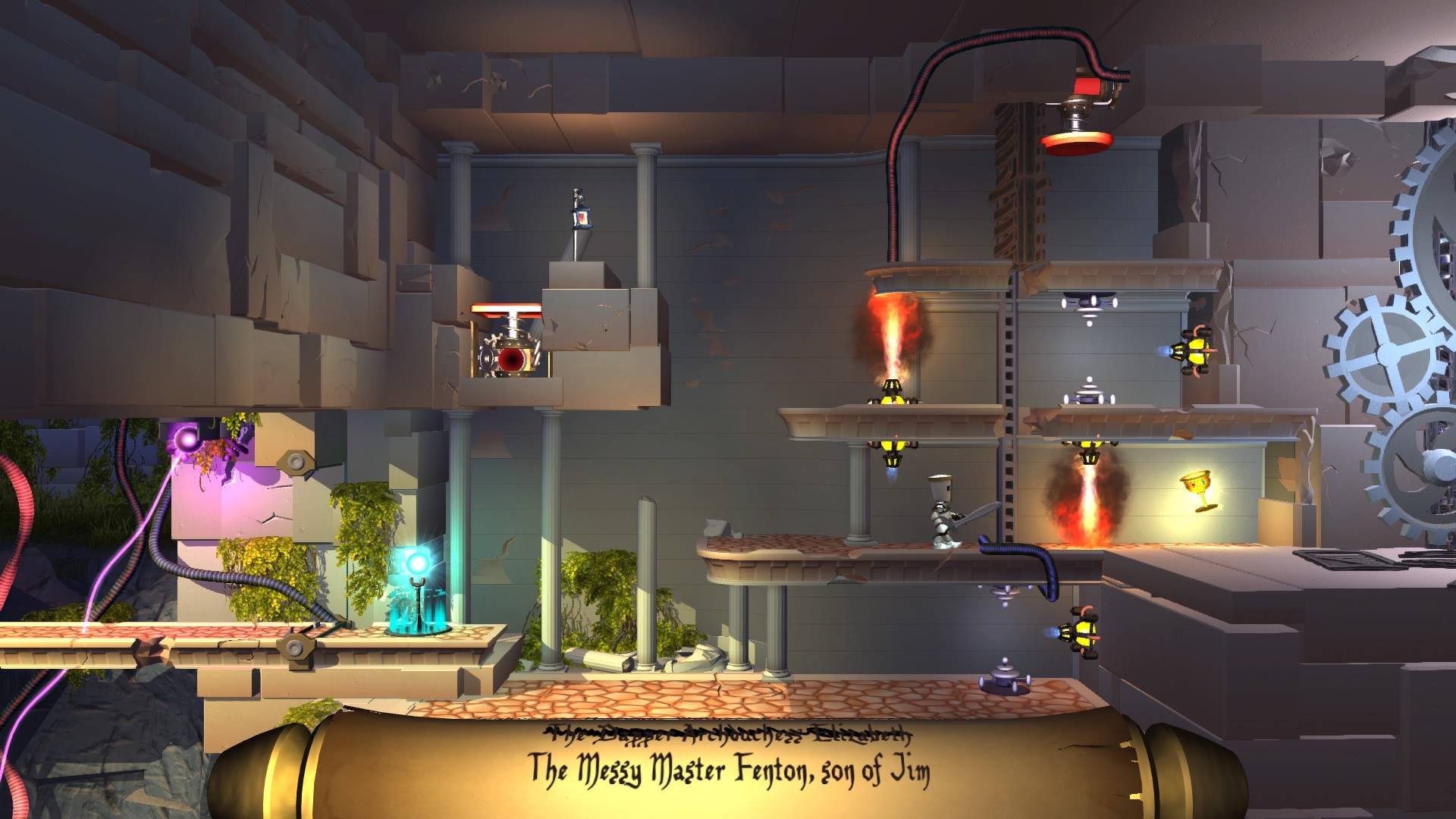 It might be a bit of a drag for people who played the original on PC but then grab this on PlayStation 4, since most of the new content comes from the fourth world, available only after playing through the original three first. There is one bonus level added to each of the first three, and they foreshadow the difficulty of the new puzzles.

The new area gradually adds a few new mechanics into the mix, maintaining the pacing of the original game. First are portals that allow knights to teleport back to the last checkpoint without having to suicide (useful for keeping life switches activated). Second are zombie knights, which can be partially directed but generally just walk in one direction Lemmings-style until they hit a wall and turn around.

The latest levels combine the two in fun ways, sending zombies through portals while holding switches down elsewhere to keep them from burning up. However, with these new mechanics and all of the old stuff put together, some of the later levels get too convoluted. Where all the previous content is made up of small, discrete puzzle chunks, the most difficult levels here are too big, have too many switches and wires, and it’s difficult to draw up a mental roadmap without getting bogged down. Those who wished the original Life Goes On were more taxing might be excited to hear this, but I was too turned off to do any more than just the basic level clears (eschewing the optional goals).

Done to Death adds some visual flair, with a variety of hats and weapons for the endless stream of knights to wear and wield. They don’t change anything about how the hapless helpers handle, but they give each one more personality, highlighting that these are individuals the king is sending to death. The level select screen has also been given a visual upgrade, taking on the form of a treasure map, complete with a poetic retelling of the knights’ journeys.

One of my original complaints about Life Goes On stands here: I wish the visual style were less generic. It does its job from a technical standpoint; puzzle information is clearly conveyed with color-coded switches and wires. Certainly, it’s plenty colorful, but in the way that reminds of early Xbox Live Arcade games from 10 years ago. Perhaps using Unity to build a two-dimensional game is the culprit and nothing could be done without rebuilding it all from scratch, but I can’t help but wish it were better to look at.

Still, that’s a minor complaint. What’s here is more of the solid puzzle-platforming based off the mechanic of sacrificing lives in order to achieve victory. There’s also more off-kilter humor that warrants a few chuckles. Heck, the credits scene is largely unchanged from two years ago, but it still got me grinning. There’s just something morbidly amusing about smashing a series of expendable characters between two giant rocks, as long as it’s for the greater good of serving the king.