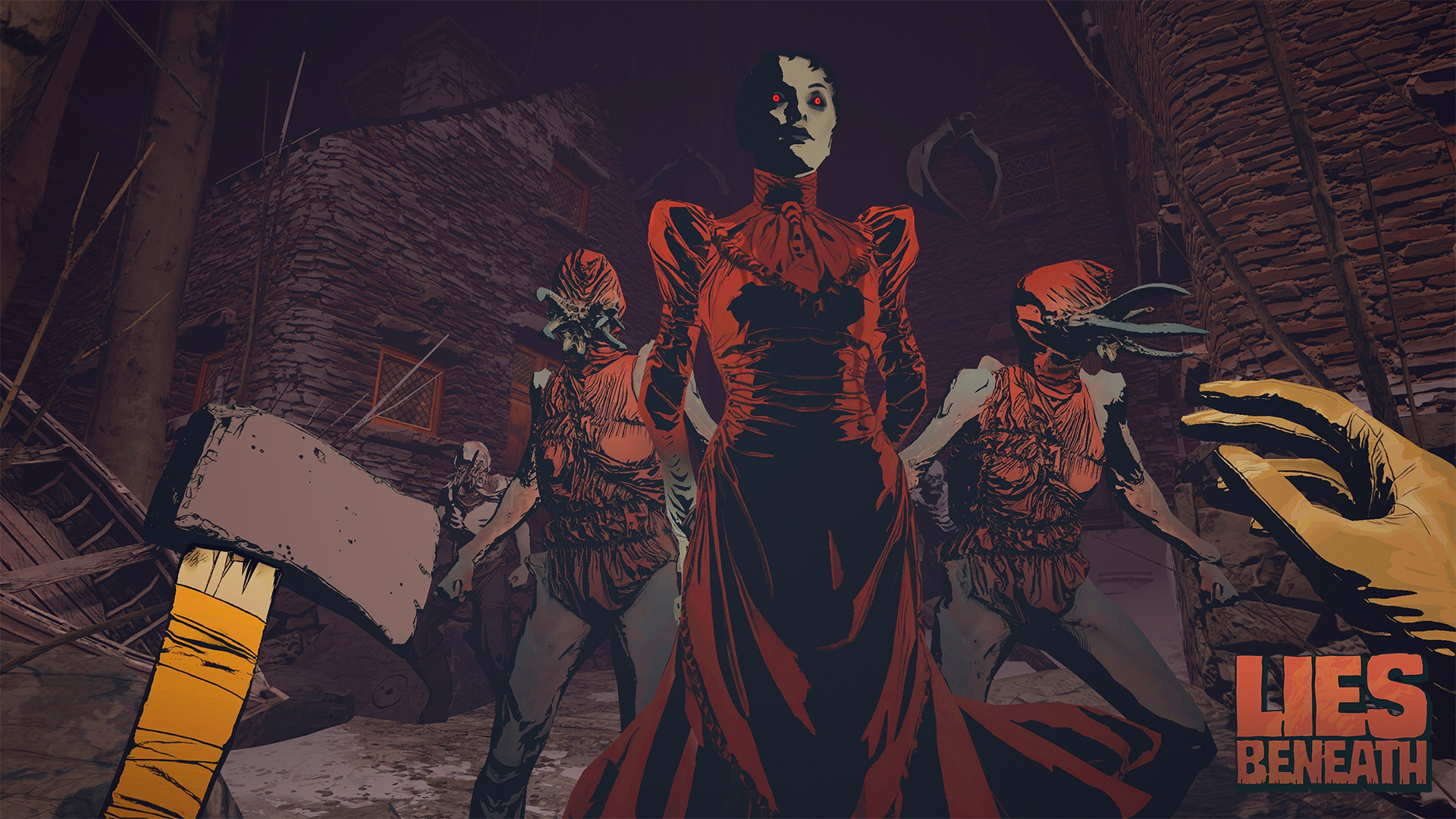 As someone who’s into survival horror games and virtual reality, I’ve been burned many times before by titles that either don’t make the most of the genre, or the medium, or sometimes both. There are a lot of middling-at-best VR horror experiences out there. I’ve learned to go in with modest expectations.

I have a pretty good feeling about Lies Beneath, though. The upcoming Oculus game from Gunheart developer Drifter Entertainment has such a neat comic-book-influenced style to stand on.

Lies Beneath is a horror adventure about a college student, Mae, who returns to her hometown of Slumber, Alaska only to find freaky monsters. Thankfully, she’s got a hatchet (and a shotgun). The team drew inspiration from a range of artists including Mike Mignola, Bernie Wrightson, and Shintaro Kago.

As noted on the Oculus Blog, the game has been in production at Drifter for just under two years.

“Lies Beneath is a much more intimate, close-quarters game than our previous stuff precisely so that we bring everything into arm’s reach,” said creative director Brian Murphy. “As much as possible in this game, we tried to make it feel like if you could touch it with your hands, it would react naturally.”

Even if you don’t own a VR headset, it’s worth checking out these creature designs. It doesn’t matter how many times I’ve seen human-head spider-demons – their scurrying always gets under my skin.

The Oculus Quest version is launching first, on March 31, followed by the Rift S version on April 14.