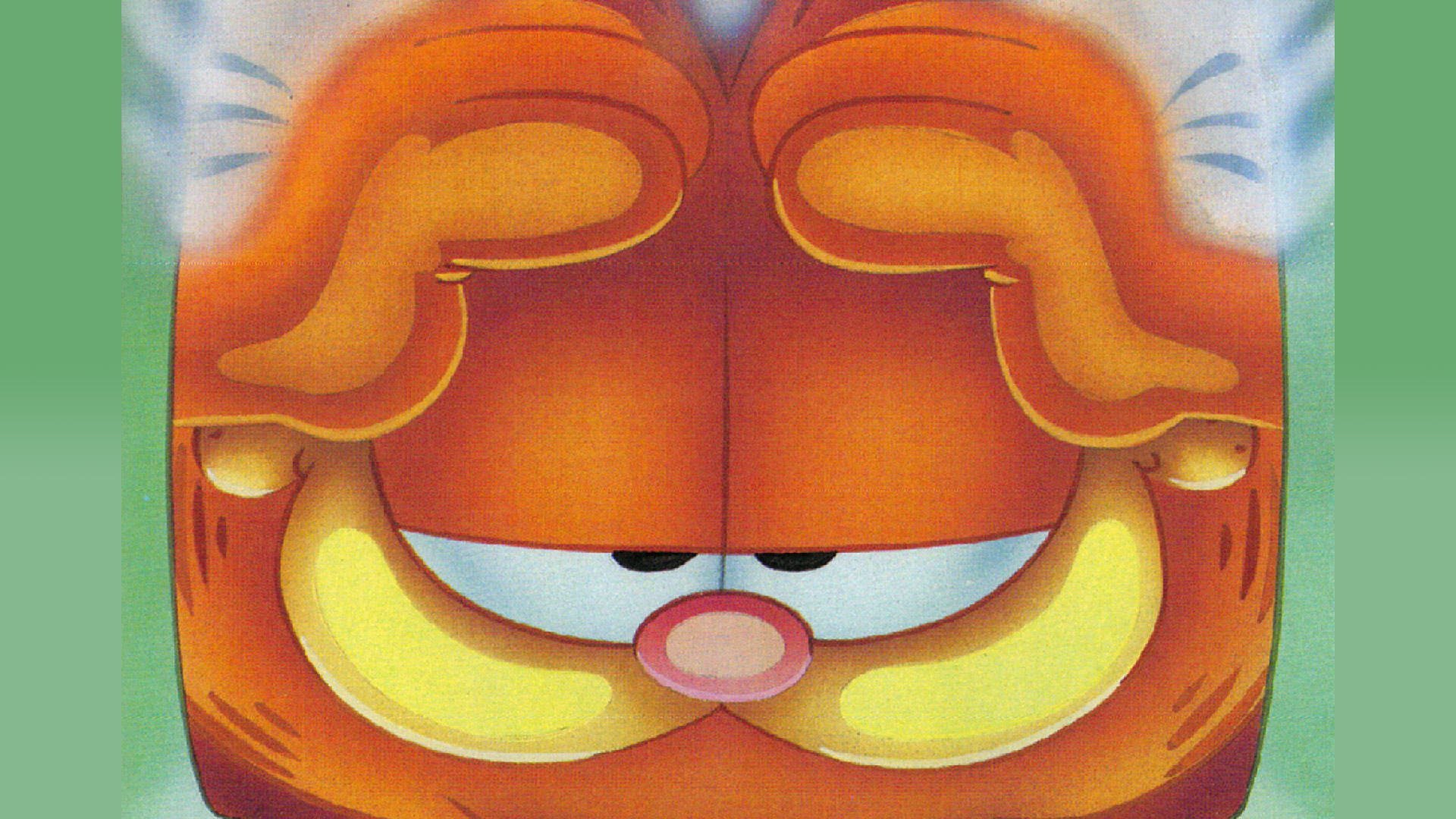 [I remember licensed games being the bane of my existence when I was younger. It was like the glut of shovelware that plagues us nowadays, including Early Access games. I couldn’t look past a shelf without seeing some movie tie-in game. Since then, they’ve made a quiet comeback when I wasn’t looking. ~Marcel]

When I was a kid in the early aughts, licensed games were a dime a dozen. Many fondly remember Chronicles of Riddick on the OG Xbox, Spider-Man 2 on PS2, and perhaps the best James Bond game ever in Agent Under Fire. Still, most were garbage, and I can only assume parents bought these games in droves because they were often budget priced and required zero research.

I avoided most of these games by being a picky asshole kid who wrote very specific Christmas lists, though I did somehow end up playing a copy of Dark Angel on the PS2. I still have a strong sense of nostalgia when I think of Dark Angel, though I remember absolutely nothing about it. Based on some cursory googling, it somehow wasn’t a masterpiece.

Perhaps it’s just my perspective speaking, but I feel like licensed games sort of died out at the beginning of the current generation. There were a ton of them on the 360, most of which I know about solely due to their achievement-hunting potential. Yet on the Xbox One and PS4, there’s comparatively little.

Somehow Frozen didn’t get a game, outside of a mobile match 3 port. Toy Story, a franchise with a long history of licensed software, didn’t release a game alongside movie number four. I feel like nary a decade ago, if a movie like Moana came out without a game at its side it would be a notable absence.

Now, in the year of our lord 2019, licensed games are making a comeback, but it’s a fucking strange one.

I want to get a few upcoming licensed games out the way before I dive in depth on a few of the stranger releases. Firstly we have Jumanji: The Video Game, which slots nicely into the old school kids movie platforming action game slot.

In less then a month we have Ice Age: Scrat’s Nutty Adventure coming out, which is weird because there hasn’t been an Ice Age movie in years.

Both are being put out by Outright Games, a developer established in 2016 who has managed to put out eight licensed products since their inception three years ago. They have another upcoming game that I’ll touch upon in the next paragraph, but needless to say they’re a very prolific studio.

Next we have Garfield Kart: Furious Racing, a game that, as far as I can tell, is being made solely because of the popularity of the creepy Garfield meme.

Of course, I couldn’t write this piece without touching on the fucking bizarre KFC Dating Sim. All I can say is that it’s brilliant viral marketing, and I’m craving a Famous Bowl really fucking bad right now.

Let’s get back to Outright Games, and their third release for this winter, Race With Ryan.

The titular Ryan here refers to the star of popular kids YouTube channel Ryan ToysReview. I know way too much about this channel because my niece is obsessed with Ryan. I’ve seen dozen of videos, and they’re all basically ads for toys and other kid paraphernalia. I’d say at minimum 90% of the channel is just Ryan playing with toys that kids will then ask their parents for. I don’t know how many of these videos are actually sponsored, but the family did recently get hit with an FTC complaint that alleges they’re tricking children into watching ads, which is absolutely what they do in my eyes. Ryan’s brand is everywhere now; he even has his own mystery toys you can buy at Walmart.

Now, he’s getting a game based on his brand, and of course it’s a kart racer! You can race on six different tracks with all your favorite characters, and you get your weapons from literal copies of the mystery eggs you buy at the store. Watching the trailer, it could turn out alright, at least alright enough for young kids. As the copy says “With simple controls, optional auto-acceleration and a tutorial to guide younger players through their first video game, drivers of all ages will love to Race with Ryan.”

The game hits store shelves on October 31, and I might have to buy it for my niece. God help me.

Possibly the most out of place upcoming license game of them all is Street Outlaws: The List.

Based on the hit Discovery show of the same name, this game seems to be a plain old racer featuring the actors and cars from said fake-ass reality TV series. This one really shook me up when I saw it on the list of upcoming games, because it’s so out of left field. When’s the last time there was a game based on a reality show hitting modern consoles? Duck Dynasty is probably the most recent, but I feel like that show penetrated the social zeitgeist in a way that Street Outlaws definitely hasn’t.

I’ve only seen glimpses of the show because my dad, who doesn’t play games, watches it. Of course the show has its fans, but are there really enough of them to justify this? I couldn’t find a single bit of video on this game, only screenshots, but it looks like an upscaled mobile game. We’ll see if all the Street Outlaw fans get there 40 fucking dollars worth on October 21.

Zombieland was a surprisingly good movie. Zombieland 2 might be a good sequel. Zombieland: Double Tap will almost assuredly suck.

Once again, we have a game that I can find no video of, but the screenshots paint an unflattering picture, to say the least. Double Tap looks to be a four-player dual-stick shooter featuring the main cast of the movie mowing down wave after wave of the zombie horde. As you can hopefully see, the game looks horrible both graphically and stylistically. The photos of the actual actors contrasting the shitty action really bothers me for a reason I can’t quite put a finger on. It looks cheap, which it likely is, but it’s not free-to-play. It’s going to be 40 god damn smackers, and I’m just not seeing where the value is.

The game’s description says it will have both a story and a horde mode, with daily and weekly challenges you’ll definitely come back and do. I don’t want to shit on this too much, but there’s absolutely nothing I can find that sways me to say otherwise. Double Tap hits three days before the movie on October 15, and I’m looking forward to rave reviews.

Last but (possibly?) not least we have Narcos: Rise of the Cartels from your friends and mine at Netflix.

There was previously a Narcos game on mobile that had a surprisingly decent reception, but this is an entirely different prospect. This game even has an actual trailer with gameplay in it, easily putting it a step above the competition. It looks pretty cool, and shows what appears to be an X-Com like combat system. The description on Steam is as follows: “Form your team from a variety of class-specific roles, join leading characters, upgrade your skills and take part in brutal turn-based combat, where your actions will have consequence.”

I’ve never seen Narcos, and yet I’m still a little interested in how this game turns out. The game has a tentative “Fall” release date with no price currently announced.

There are of course other licensed games, but they’re of the type that come out all the time. Games like Star Wars Jedi: Fallen Order, Dragon Ball Z: Kakarot, and even Mario and Sonic at the Olympic Games are all technically licensed games, but they belong to well-established gaming franchises at this point. The games I highlighted here seem to represent a new wave of licensed software, perhaps a replacement to the standard kids-movie platformers of the past.

There’s always the chance that one of these titles will be good, maybe even great. Regardless, I’m greatly looking forward to the various YouTube videos and articles that will be created in their wake. The Let’s Plays, reaction videos, sarcastic reviews, and in-depth editorials (please somebody do this) that will spring from some of these titles will be glorious. I don’t know if this resurgence of licensed games is a good thing, but it will certainly be interesting.