Of course it’s not a Gundam release unless there’s talk of merchandise. Funimation and Sunrise also plan to release a special limited-edition that comes with an exclusive “High Grade 1/144 Scale Gundam Barbatos + Smoothbore Gun [Metallic Gloss Injection]” model kit. This variant will be exclusive to the home release of the anime, and will not be available be any other means internationally, including in Japan. Also included will be an artbook and a chipboard box with space for when the anime’s second season is released. 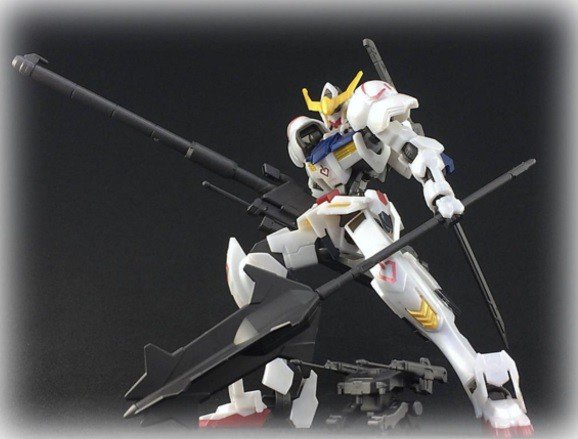 The announcement comes out of left field, as in the past few years Sunrise has been slowly consolidating its various Mobile Suit Gundam series under Right Stuf Anime, including never before released series like Turn A Gundam and the recent hit anime Mobile Suit Gundam Thunderbolt. So to see another publisher acquire the rights to Iron-Blooded Orphans comes as a massive surprise.

In related news, Adult Swim announced that the second season of the show would be debuting on Toonami this October. Currently, Crunchyroll is streaming both seasons, and has the options to watch the first season with English dubs or in Japanese with subtitles.

Characters and mobile suits from Iron-Blooded Orphans will be appearing in the upcoming Gundam Versus, which releases this Fall for North America and Europe.