Late last evening, news of a truly tragic nature started to make its way across the internets: Jedi master and lion-deity Liam Neesons was hanging up his certain set of skills, once and for all after his next film The Commuter comes out. He’s reached the official age needed to get an AARP card, 65, and is just too fucking old to make action movies any more, you guys. Seriously. You can keep offering him millions upon millions of dollars, but one day, some day, those fucking idiots in the audience are going to wake up, smell the old man balls, and realize that Liam Neesons is old AF and it’s ridiculous that he’s still playing the action hero. His words, not mine:

This came after him explaining that he wanted to focus more on serious roles and that becoming an action-movie-super-star was pure calculated genius.

Come on, Neesons! Arnold Schwarza-still-doesn’t-speak-ingles is 70 and he’s not only making action movies, he’s making spoof movies of the action movies that your work allowed him to make!

Two-thousand-eight. A man on a phone. He just wants his daughter back. He threatens to electrocute the man on the other end of the line … by the testicles. The other man wishes him ‘good luck.’ And we’re off. With the runaway success of Taken, its sequels, and its ripoff Liam Neeson vehicle copycats, the way was paved for other aging action heroes to make their own shitty movies about being better at plugging guys than anyone else. We got The Expendables and its sequels, ensemble versions of Taken. Keanu Reeves was suddenly cool again, because John Wick was able to steal the basis structure of Taken and make its own franchise with a different movie star (and because Liam Neeson inexplicably turned down the role). Even Jackie Chan is reaping the benefits of the post-Taken film world with what’s sure to be a hit, The Foreigner due to bow soon. 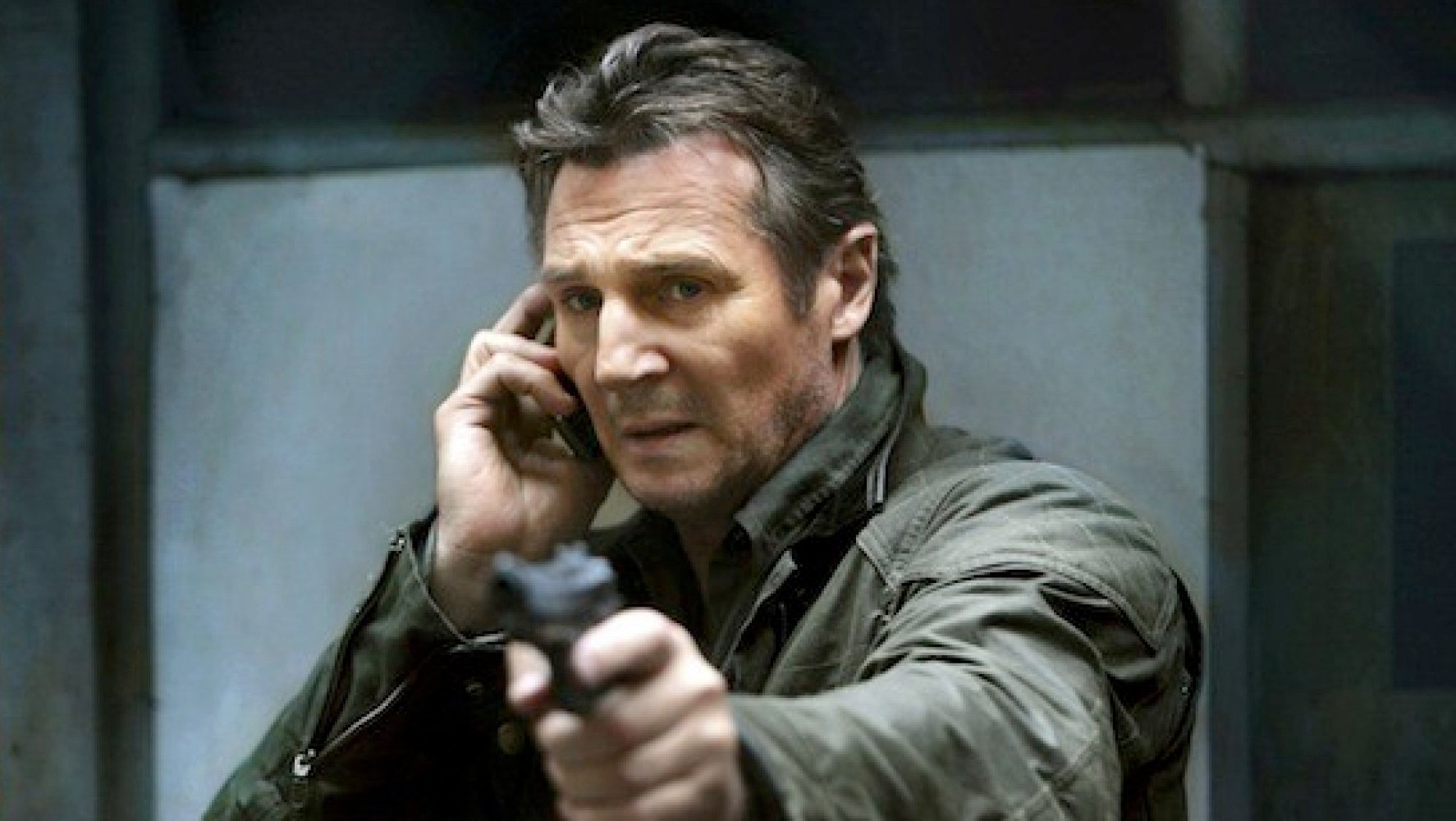 The point is, Liam Neeson, we need your certain set of skills. 65 is the new 35. No one cares that you poop your pants or have a useless wee-wee. And even if they do, the millions of dollars we want to give you so that we can shoot movies from your shoulders up while younger men in wigs and hair dye do real stunts will ease your mind. You can’t go. You complete us.

Now, in honor of the franchise that started it all …