Despite, and because of, how fun they are

“Maybe,” they say. “Maybe when I reach max level.”

In other words, they were willing to give up hours upon hours of their lives to something they didn’t actually enjoy doing, simply because they enjoy how it feels to grind.

That is goddamn terrifying.

Look, first things first: I enjoy grindy games. I got to level 60 in WoW. I reached max level with every character in Borderlands 2 (in addition to, uh, writing it). Every time my light level increases in Destiny, I feel a surge of excitement right at the base of my skull.

So when I say that leveling systems and scheduled rewards and mandatory grind scare me, it’s not because I think those things aren’t fun. Quite the opposite, in fact — I’m scared because those things are so fun. 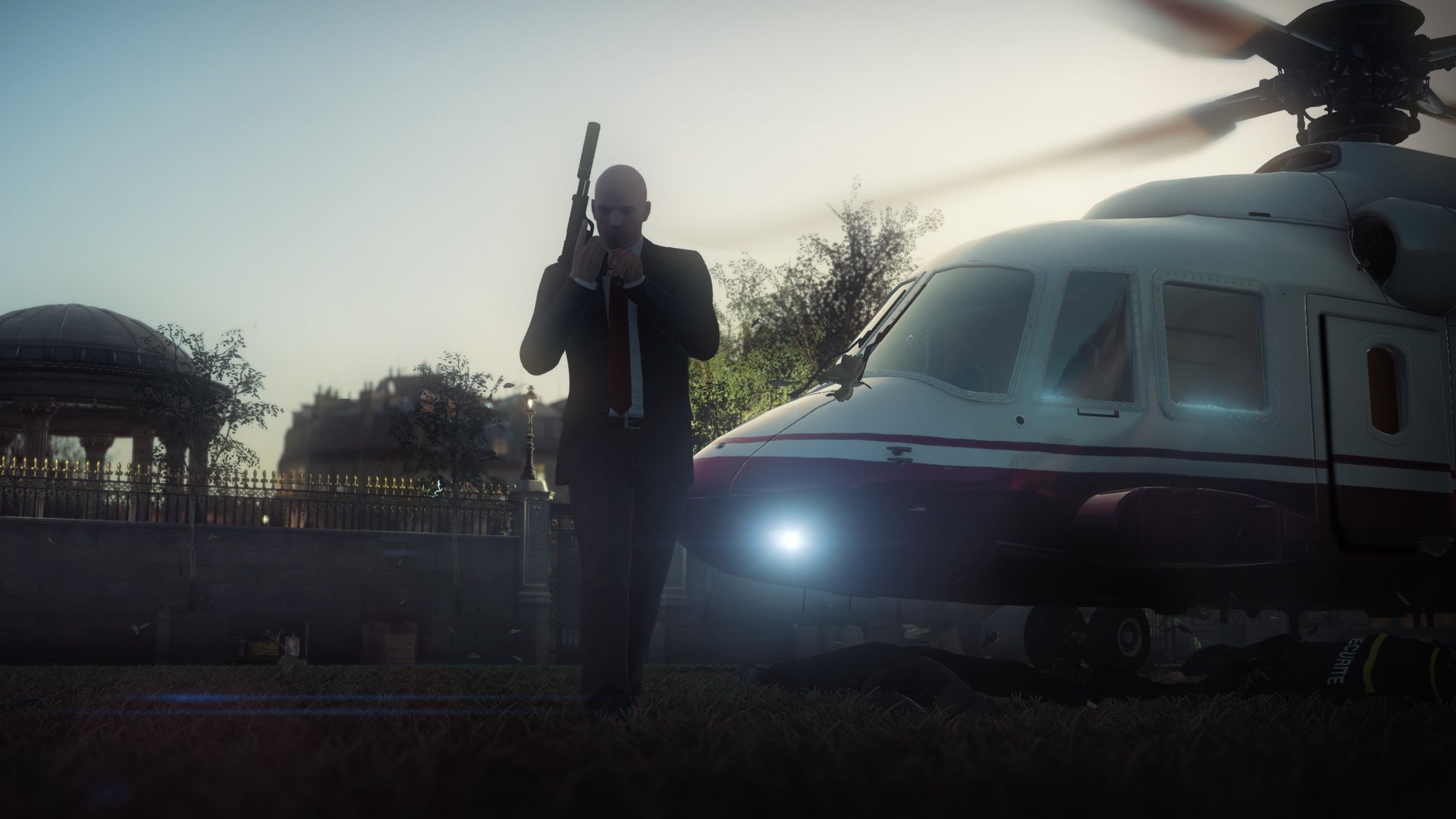 So, I’m playing the new Hitman, and I’m really enjoying it. There’s only one problem, though (well, to be totally honest, there are several problems, chief among them the fact that there’s no time scrub in a game that’s all about waiting and patience and completely fucking you over the second you alert a single guard): in order to unlock new items and weapons in the massive Paris stage, I have to reach a certain, I dunno, “Hitman Level.”

In theory, this is not a bad idea. The Paris stage is gigantic and full of seemingly countless assassination possibilities. It’ll be another couple of months until the next episode is out, giving me an entirely new murder-y sandbox to play around in. These challenges were surely designed to make me really engage with the Paris mansion on a deep level, rather than just blaze my way through it and not pay attention to any but the most obvious solutions.

Initially, I explored the space and found all kinds of things I’d never known about: hidden chandelier kills, good closets for hiding bodies, different escape routes. After a couple of playthroughs, though, I realized I wasn’t playing for the joy of exploration and discovery. I was playing to tick achievements off a list and watch a progress bar get higher so I could finally get my hands on a goddamned remote mine. Even though I should have enjoyed the actual act of exploring the manor and learning more about the map, I found myself irritated. Bored. Focused only on the reward, rather than the path to getting said reward.

If you’ve ever heard Chris Hecker’s 2011 GDC talk “Achievements considered harmful?,” this development may not be surprising to you. In this talk, Hecker argues that tons of sociological experiments have shown that overly rewarding people for doing a task will not only make them measurably worse at completing that task, but will also make them start subconsciously disliking the task and caring only about the reward. When we get a cookie for doing our chores, we don’t think of our chores as something meaningful — we think of them as the stupid bullshit we have to go through in order to get the cookie. 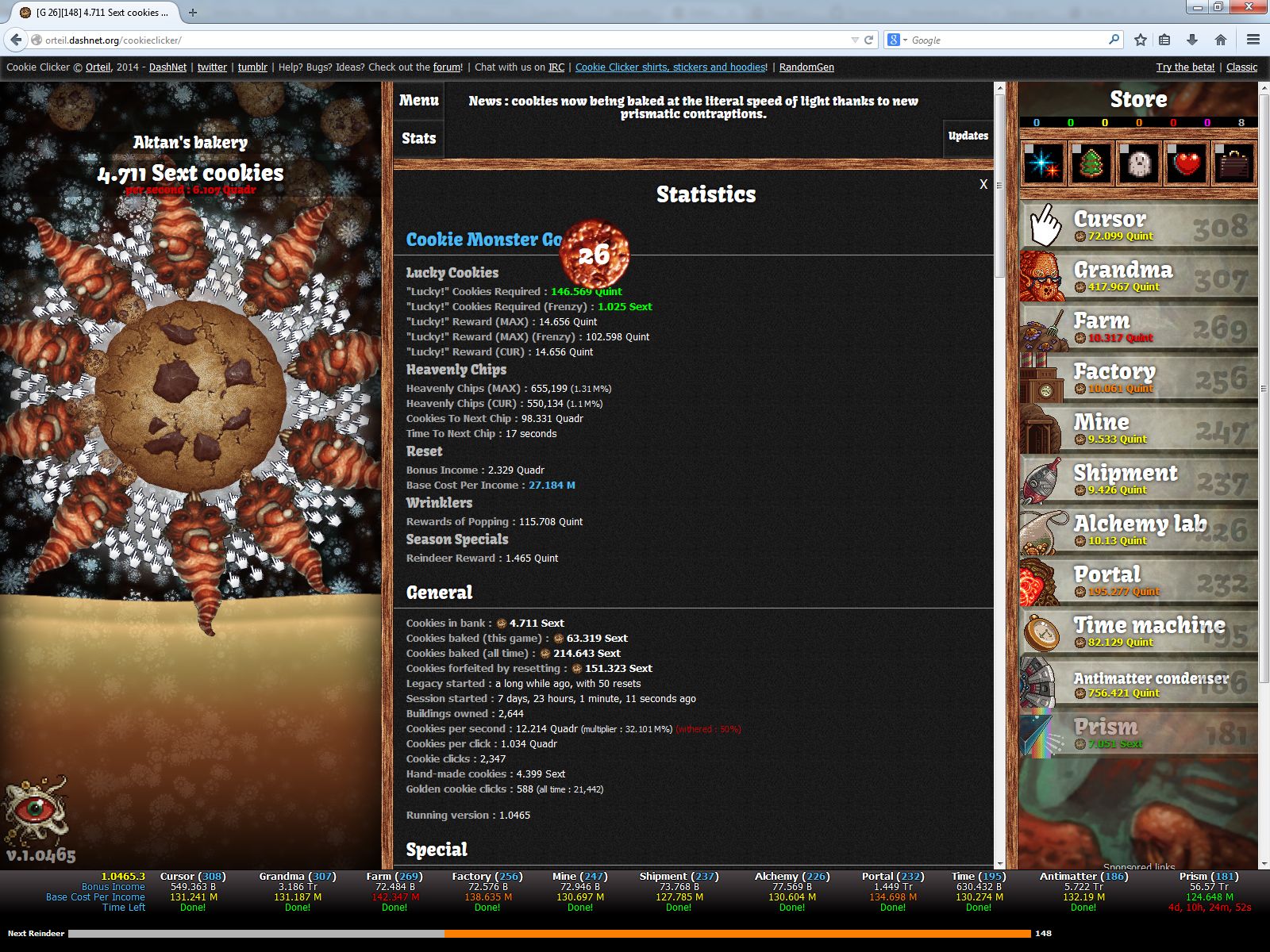 Is it any surprise, then, that jokey sort-of-parody games like Cookie Clicker or Clicker Heroes have gotten so weirdly popular? Could it be that a decade of games about scheduled rewards and leveling up and XP bars and stat-centric character “improvement” have taught us to care more about the upward numerical tick of our character level than the actual gameplay we have to go through to get that level?

Which brings me back to The Division.

Again, I haven’t played the game myself, but my friends who play it talk about how the game is addictive, but not good. That they care about the loot, and the character upgrades, and the random drops, but that they aren’t enjoying the actual, moment-to-moment, bullet spongy, hoodie-shooting gameplay experience. I can relate to this. I didn’t like Destiny very much when I first played it (though I do now, thanks to the social components and the King’s Fall raid), but I stuck with it for far longer than I otherwise would have because of that grind — those numbers had to get bigger. Those progress bars had to get filled. Even though there was very little drastically different about my early-game Destiny experience and my late-game Destiny experience, save for some stat changes and a few extra abilities (and the raids, which are arbitrarily gated off by level and gear restrictions anyhow). I didn’t enjoy Destiny — I was doing literally the same exact thing over and over but I spent hours on it, because I was doing the exact same thing over and over while getting regularly scheduled rewards for doing so.

In many ways, progression systems are a tried-and-true design choice that can convince the player that they haven’t been spending dozens of hours doing the exact same thing. 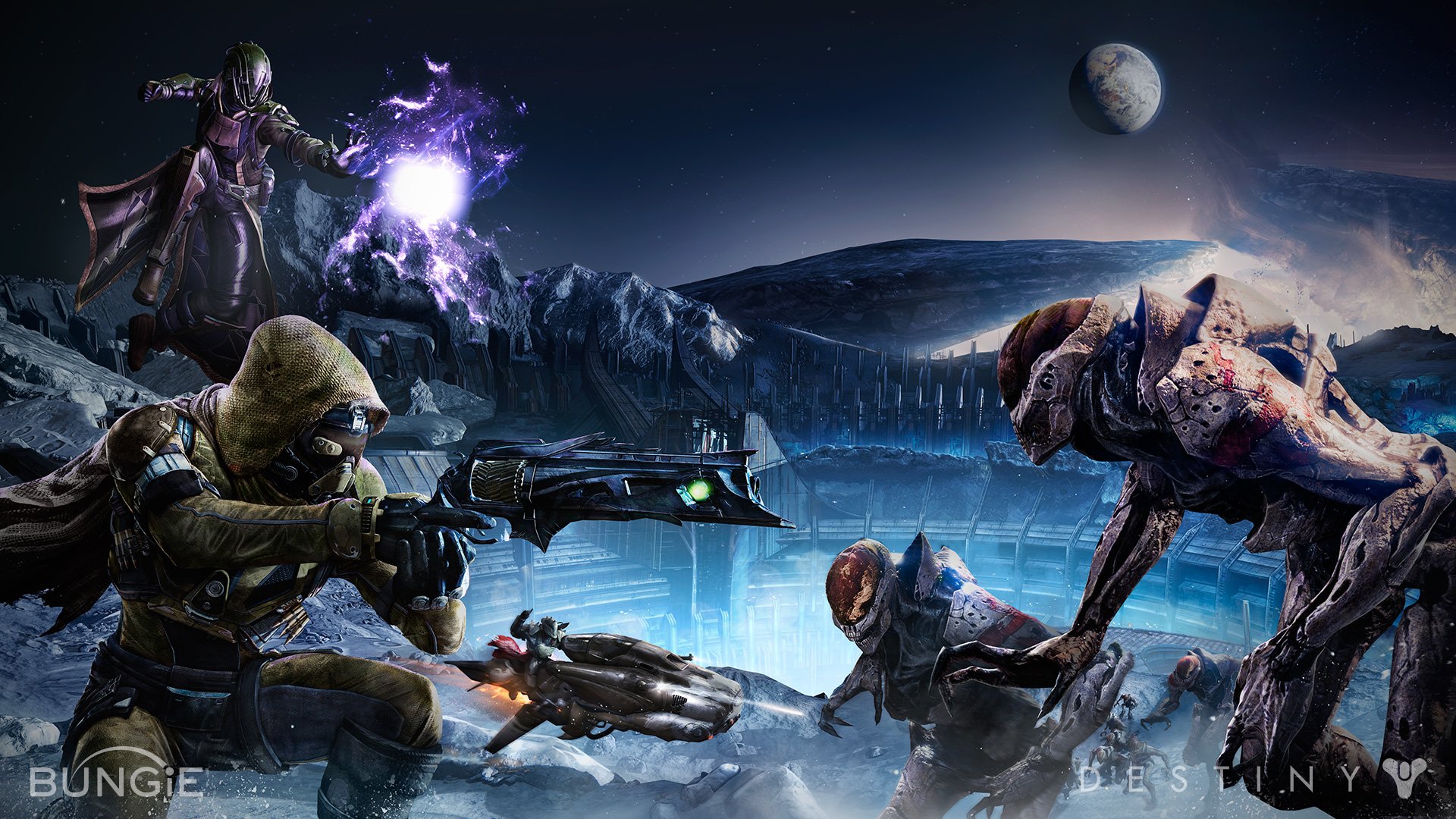 I don’t mean to suggest that these systems aren’t fun. They are. But they’re fun in a way that seems to bypass rationality and directly tickle the lizard parts of our brain. One part of me enjoys the flashing lights and dings and feels a quiet, unenthusiastic satisfaction the entire time I’m playing, and that part of my brain overwhelms and silences the other bits of my brain that want to turn the game off and play something better.

In other words, games like this kind-of-sort-of control your goddamned mind.

(This argument will sound familiar to anyone who’s heard any of Jon Blow’s talks about World of Warcraft or other similarly grindy games.)

But are they necessary in making the player feel this way, or are they just an easier shortcut that gets you out of having to design a game actually based around skill and personal improvement? Spelunky doesn’t need any form of leveling or character growth, because you, as the player, have to get better and think faster and strategize more and internalize the game’s rules. Ditto for, say, The Witness, or Monaco, or Left 4 Dead, or DayZ. These games have such clean, solid core designs that scheduled rewards or character growth would be irrelevant. Sure, these games could totally include leveling systems — “kill five vampires in the jungle and you’ll unlock more items in the shop!” — but they don’t need to. They’re not about arbitrarily telling the player that they’re amazing when they haven’t actually had to fail and improve.

That said, there are many games that do character growth really well, in ways that don’t seem slightly creepy or lazy. These games tie growth into the core of the game and make that growth a strategic, risky, important decision. 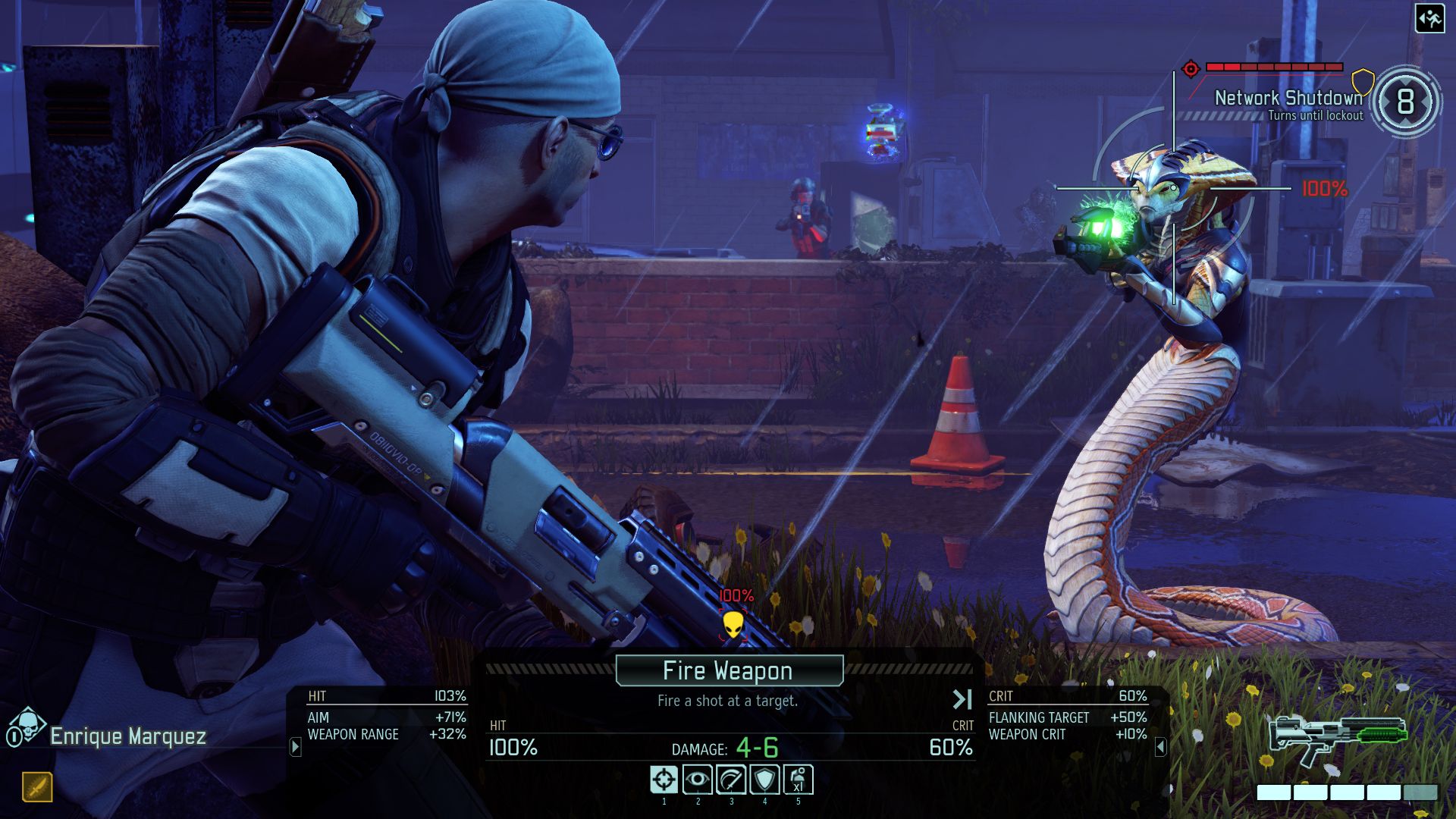 Every upgrade in XCOM is an incredibly difficult decision (in terms of which upgrade you get, how much that upgrade costs, what you could be using those resources on other than that upgrade, which soldier you give the upgrade to, etc.) that could totally backfire and result in permanent consequences for you and your entire crew.

Ditto for the Dark Souls games, in many ways — character creation is SO important (and yet ignorable, as any SL1-runner can tell you!), and souls are SUCH a precious commodity, that your character growth is an important and earned part of the entire Souls experience. It’s not just A Thing That Exists To Make You Feel Good.

Or you can take Hyper Light Drifter, which doesn’t have a lot of long-term consequence to it (you have unlimited respawns upon dying), yet still manages to make its sole upgrade system interesting and worthwhile. Many abilities you can buy, from multi-dash to bullet reflection, are different rather than better. You still have to think and improve on your own, rather than relying on the leveling system to improve for you.

Often, though, leveling systems are not used very well, which is a problem when they’ve become so damned ubiquitous. The new Mirror’s Edge game locks basic freerunning movements (turning 90 degrees, rolling, swinging from poles) behind XP unlocks. Every single open-world game is now required to have at least one skill upgrade path, lest players get too much freedom, too quickly. While gating things behind XP is actually a really good way to slowly introduce and tutorialize new concepts to the player (imagine getting all your WoW skills the second you made your first character), it often harms both the games themselves, and the playstyles of the people playing it.

To go back to Chris Hecker’s talk again, I mentioned that giving external rewards for completing a task (such as giving you a level-up for killing a hundred orcs) makes you worse at completing that task in the future. I can’t speak for everyone, but I’ve certainly noticed my own playstyle reflect these findings.

When playing Far Cry Primal, my heart wants to be an explorer — someone who takes in the surroundings, goes slowly, and focuses primarily on taking out baddie outposts. I want to feel like a humble stranger in the game’s world. Because of the incredibly dense upgrade systems, though, I can’t ever feel truly immersed in the world because I’m so goddamned busy trying to chase the next item on my to-do list. I’ve gotta get some rare southern dust, and skin a badger, and rescue a captured villager. I’m so obsessed with filling up all my progress bars that I’m often not looking at the gorgeous world ahead of me, and instead scanning the horizon for a particular kind of glowing rock. I’m not really in the moment.

So, what do we do? I dunno, man. I’ve got no conclusion, save to say that I hope we get fewer games that rely on upgrade trees and XP and leveling and grindable loot to be fun.