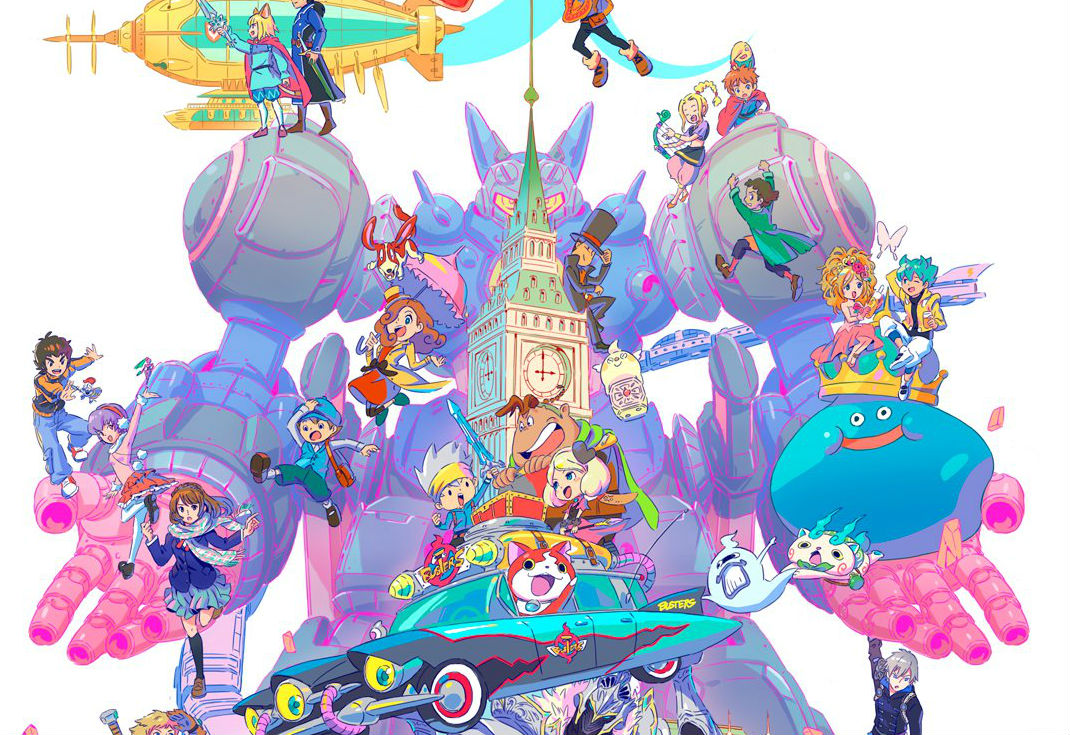 While sharing a vague promise of providing a “variety of entertainment for the future,” the company also gave us a killer new piece of art, showcasing their many different original and collaborative projects. Amazingly, despite their storied two-decade history, the main setpiece is arguably the Yo-Kai Watch Busters car and the new face of the company: Jibanyan.

Although it formed in 1998, the company was hard at work with their first critical and commercial hit Dark Cloud, which would drop in 2000. From there the rest was history. If you can name every single character in the below piece of art without help, you deserve a salute.