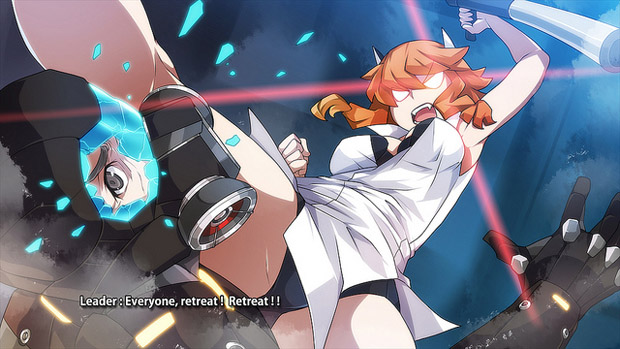 A teaser site and PlayStation Network page have surfaced confirming that the 2D fighting game Chaos Code is making the trip to the North American PSN store sometime in the foreseeable future. According to a tweet from the game’s community manager, Chaos Code was originally planned for a July release, but was held back due to technical issues.

Developed by Taiwanese studio FK Digital, and published by Arc System Works (makers of the Guilty Gear series), Chaos Code first hit the arcade scene in August of 2011. This past April, it was subsequently published in Asian territories for the PlayStation 3 via PSN.

The game features an off-the-wall ensemble of 14 fighters that include a gothic lolita type, an Ice Climbers-esque duo named Cait and Sith (hello Square Enix), and a grappling chef with perhaps the greatest name of all-time: Bravo Peperoncine. Oh, and he beats his opponents down with sausage link nunchucks and a giant wok!

Additionally, Chaos Code will not support network play when it launches. The game’s community manager did confirm via Twittter that developer FK Digital is currently working on its own netcode to patch in at a later date, but is also interested in potentially using the GGPO middleware that powers online play for titles like Skullgirls and Street Fighter III: 3rd Strike Online Edition.