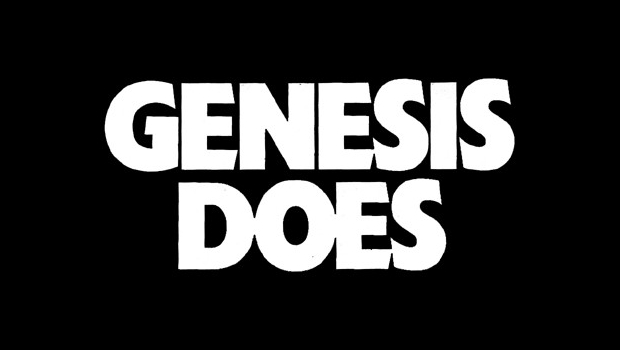 Game commercials, these days, are a dying art. Today, if you turn on the TV or begrudgingly sit through YouTube’s annoying ads and see a quick spot for the latest hot release, I already know what you see: a lightning-quick montage of game clips (primarily, the protagonist punching people) set to a second-tier piece of licensed music, featuring excerpts from some glowing reviews and ending on a mediocre tagline with a picture of the game box.

Game advertising wasn’t always this dull, though. It was once, and perhaps will be in the future, a trip through Epicland. “Unusual” was the name of the game. Whether they were meant to be funny or scary, mysterious or overt, subdued or bombastic, they were almost always jaw-dropping to watch. Maybe it was only because we were kids, or because the medium was younger and more naive, but I’m not so sure. I think there was genuinely something to these old dogs. Let’s look back at a few, shall we?

You better believe you can spend your whole life playing GAME BOY!!!

This crazy ad is the perfect example of the overzealous excitement that was the bread n’ butter of old timey gaming commercials. Loud noises? Check. Seizure-inducing bright colors? Check. Overexcited children? Check. A song that is far more catchy than it has any right to be? Check. The inception of a sudden, overwhelming urge to spend your whole life playing GA-AME BOY (GAME BOY!!!!)? Check check check check check!

And here’s another, arguably even better, example of the same style. The split-second cuts, frenetic narration, flashing neon colors, and non-sequiturs all scream “90s” so hard that Kurt Cobain is weeping tears of joy from beyond the grave. This ad is such a shock to the senses that it will not only convince you to buy Super Mario All-Stars, but it may also convince you that Mario negotiates arms deals and is, in fact, the capitol of Ohio.

It’s 1990, and in North America, Nintendo is on top. The games are flying off the shelves, the magazines are selling like hotcakes, the merchandise is the hot commodity of the industry, the TV shows are big hits, and all in all, they’re the phenomenon of the generation. They’re about to release what is probably going to be their biggest game ever: Super Mario Bros. 3. So how do they even begin to promote something this monumental?

Yep. That sums it all up. Truly, and undeniably, we lived in a Super Mario world. (Even though they didn’t call it that until the next game.)

But no dynasty lasts forever…

Genesis Does… something bold

Man, was this a brilliant ad. The very idea of trying to defeat Nintendo was insane, but Sega went about it in exactly the right way. Pulling no punches in its fuck-yous to the competition was the first step (they broke the old taboo of mentioning the competitor by name!), but throwing in sports stars and celebrities to support it was the clincher. How great could Nintendo really be if it doesn’t even have Michael Jackson?

Donkey Kong Country is awesome, and YOU can’t have it!

Nintendo struck back at Sega many times during their surprisingly brief early-90s rivalry, but this was their crowning moment. In huge, bold white letters on a stark black background, they spelled it all out: THIS is the game. THIS is how awesome it is. It’s the FUTURE of videogames. YOU SEGA LOSERS can’t have it. And we don’t need ANY of that fancy new tech to run it!

Only five short years after Sega started their campaign, Nintendo managed to out-cool the cool kids.

It’s pretty easy to forget what a Big Freaking Deal Mario 64 was back in ’96, since free-roaming 3D adventures are a dime a dozen (hell, more like a penny a thousand) today. But then, it was stunning. It was strange. Alien. Unreal. Nobody had ever seen anything like it, and nobody was sure they’d see anything like it again. Believe it or not, it was risky; so risky that Nintendo included a dorky third prong on the N64’s controller, in case this whole 3D thing didn’t work out.

It was such a frightening new thing that it begged to be defined. It needed a manifesto. Something quick, short, and catchy that could explain everything Super Mario 64 wanted to be, in less than 30 seconds. This commercial was that manifesto, and it was a prophet. Nintendo wanted nothing less than to change the world — Change the System — and it did.

A good year before Super Mario 64 came on the scene, another revolution was taking place. All of the big electronics companies had tried to jump into gaming after Nintendo and Sega’s success, but none prevailed. Almost all of those crappy consoles (save, astonishingly, the CD-i) were dead and buried by the time Sony came out with their own, so nobody was expecting much. No one gave a care about the PlayStation, and Sony knew it, so how were they gonna make them care?

Every other frame of this one individual ad is filled with subliminal messages; some comprehensible, some not. Many of them are cheat codes for the games on display, so of course you’ll want to pause your videotape to write them down. But what about those weird phrases? “U R NOT E”? “ENOS LIVES”? What do those mean? You should ask your friends, maybe they’ll know. No? Well, check Usenet; I bet they’re talking about it. Maybe ask some coworkers or students. Bring in your siblings and cousins and spouses and parents. Maybe they’ll help you decipher it.

Say, you really should buy this PlayStation thing! You’ve spent so much time figuring all these messages out, after all!

Final Fantasy VII is an epic of our times

This ad campaign (see the other two here and here) presented Final Fantasy VII as more than a videogame: it was just like a movie. A HUGE movie, one bigger and grander and more epic than any movie could ever be. And you can play it! And it is only on PlayStation. It was a fantastic idea — treating the medium as something to take seriously for one of the first times ever — and it worked like gangbusters.

Regardless of your personal feelings toward the game (and boy, is THAT a doozy of a topic), Final Fantasy VII was stunningly influential. It broke sales records. It won dozens (hundreds?) of first-annual Game of the Year awards. It sent Internet forums’ bandwidths through the roof. People who had never played videogames before bought PS1s just so they could check it out. It basically created GameFAQs, with Kao Megura’s legendary guide. The West was introduced to the tropes of Japanese media, spawning thousands of new fans for the already-blossoming “Japanimation” (man, that word…) subculture. RPGs suddenly became the biggest genre on the market.

And without this ad, we’d have had none of that. If Square hadn’t been smart about FFVII‘s presentation — perhaps they didn’t try to be so ambitious, perhaps they’d aimed for a different demographic, perhaps they didn’t even release the game at all — Final Fantasy would have remained an unimportant piece of cult fandom, popular in Japan but almost unknown elsewhere, and videogames would have evolved very differently.

Call me crazy if you want, but this ad changed the world.

Remember what I said at the top? About how modern game commercials are nothing but quickly-edited game clips, accompanied by snippets of high-scoring reviews, featuring a lesser-known current song and ending on a tagline with a picture of the game boxes? Well, this ad for Rayman Legends is exactly that, but it proves that such a formula doesn’t have to be boring.

I was always excited for Legends, being a big Rayman fan, but I feel like a commercial like this could make anyone excited, even if they’ve never heard of him — hell, even if they don’t actually plan on buying the game. The joyful and excited tone is purely assisted by the frenetic pace, and “I’m Alive” by Michael Franti complements the visuals wonderfully. It’s catchy, memorable, not (currently) a worldwide hit, and it makes me feel… Alive! It makes me feel like a kid again, playing Rayman 2 for the first time. This whole ad stirs up your emotions and makes you feel happy, excited, and a little nostalgic. Rayman is back, for good, and that’s awesome! Now let’s go make our lives Legendary!

What about you? What old gaming ads do you remember? Any fun memories to share? Or perhaps a recent ad that made you excited (after all, they’re not all bad!)? Let me know in… (drumroll) the comments section! (Thundering applause and loud whooping.)