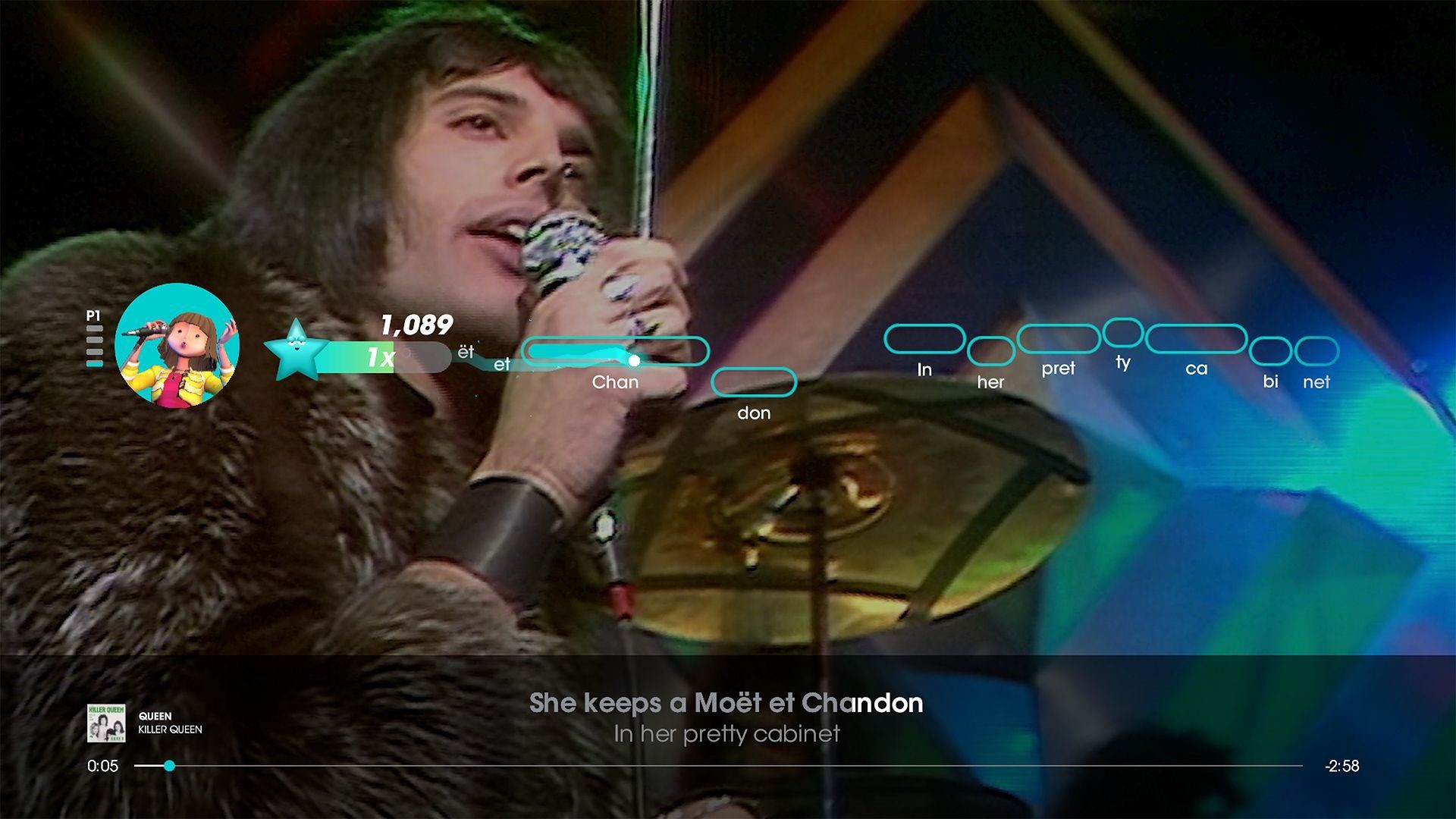 Me, to anyone who tries to silence my off-key wailings that pitifully approximate Freddie Mercury’s cherubic voice: Don’t stop me now.

There’s a Queen-themed Let’s Sing game headed to consoles this fall. Let’s Sing Queen is a collection of 30 classic Queen songs assembled together for your at-home karaoke needs. Like other Let’s Sing games, this edition supports USB mics but most people will find it most convenient to sing through their phones via a dedicated Let’s Sing app.

The full track list hasn’t been revealed, but here’s what has been called out in the press release and shown via screenshots:

The inevitable living room-butchering of all these classics is reminiscent of Harmonix’s excellently-produced The Beatles: Rock Band (or, less memorably, Green Day: Rock Band). The single artist approach works wonders for people who are less inclined to jam out to every current pop banger, and would much prefer to work through one band’s greatest hits.

Let’s Sing Queen is scheduled to launch on October 2 on PS4, Switch, and Xbox One. Launch, you know, like a shooting star leaping through the sky like a tiger defying the laws of gravity. Or, like a racing car passing by like Lady Godiva.

When will this mercifully end? There’s no stopping me.