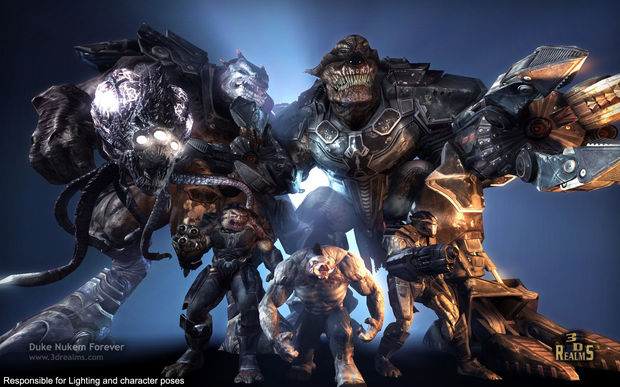 As you may already know, 3D Realms is dead. With them gone, the fate of Duke Nukem Forever is up in the air. We’ve been seeing some pictures from Duke Nukem Forever pop up around the Internet this past week, but what everyone has really been waiting for is for some gameplay footage. Thanks to Kfizz’s quick blogging, we now have some awesome footage from the game.

First off, holy sh*t this looks great! The animation for the enemy Pigs and creatures looks great, the classic Duke humor is there (Duke freaking b*tch smacks the back of a giant bosses’ head) and there’s even a boss fight in a football stadium again! Sorry, there was going to be a boss fight in a football stadium. Wow. I think the shock of this possibly never coming out now is finally hitting me.

Video is Not Safe For Work as there’s a topless stripper showing off her goods at the 0:49 mark. Youtube usually takes done videos with nudity pretty fast, so here’s a backup of the footage over on our Viddler. Otherwise, hit the break to see what could have been.

[Update: Youtube video was taken down. Viddler video now after the break.]