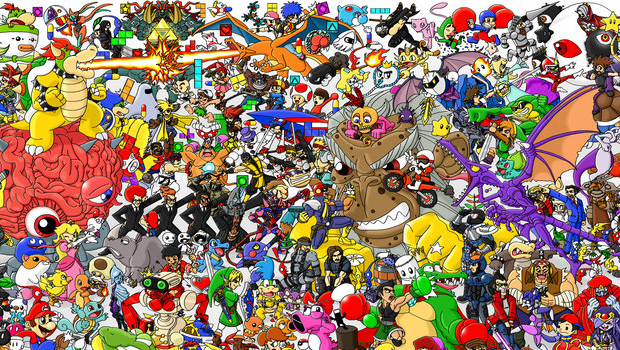 Can you spot the trends?

Dads. People have opinions about them. Does Dad buy us enough toys? Does he treat Mom well enough? Will he embarrass us in front of our friends? Did he used to be funnier, or were we just too young to notice how corny he is? Should we move him to a nursing home?

In any given family, these questions may bubble to the surface, causing potential conflicts among Mom and the kids. The same is true for Nintendo, the father of modern gaming. Ask any given videogame fan, and they may tell you that Dad’s jokes haven’t been any good since the SNES days, or that when he tries to be cool it only makes him look more old and out of touch. Others will strongly disagree, leading to internet family in-fighting that could go on for days.

Next time you find yourself in that brand of squabble, you can arm yourself with the facts. Not surprisingly, the Wii and DS have the highest numbers, which tells me that Nintendo sells best when they introduce new ways to play. When they try to conform, like with the GameCube, sales flounder. It’s also interesting to see that the 3DS and the Wii U had very similar numbers in their first year. I see both consoles as being fairly derivative of their predecessors, which may explain why they’ve both had slower starts.

Then again, the Virtual Boy was pretty original for its time, and that didn’t even make the charts. Clearly there are no hard and fast rules in what makes a successful console, and no way how knowing how long it may take them to pick up steam.