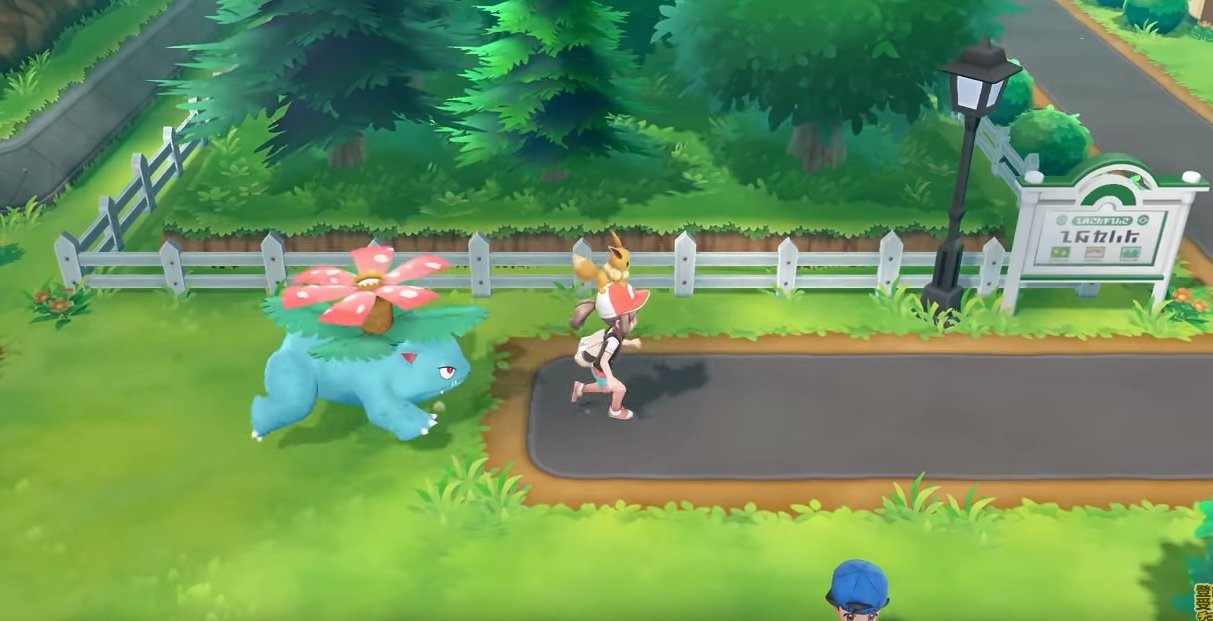 Game Freak has made it known that Pokemon will follow you around, Yellow style, in Pokemon: Let’s Go Eevee & Pikachu, but now we’re getting a closer look at how that’s actually happening through a series of new videos. As we’ve seen previously you can ride certain Pokemon like Onix, and others will take your lead behind the player character.

The most standout creatures are easily Caterpie and Golem. While you’d expect Electrode to roll it’s awesome to see that Golem sports the same ability and kind of morphs to accommodate, and Caterpie’s inability to keep pace is amazingly cute.

It might seem simplistic on the surface but these videos have actually sold more a bit more on Pokemon: Let’s Go Eevee & Pikachu. It has a ton of personality and I hope that really shows in the final build.