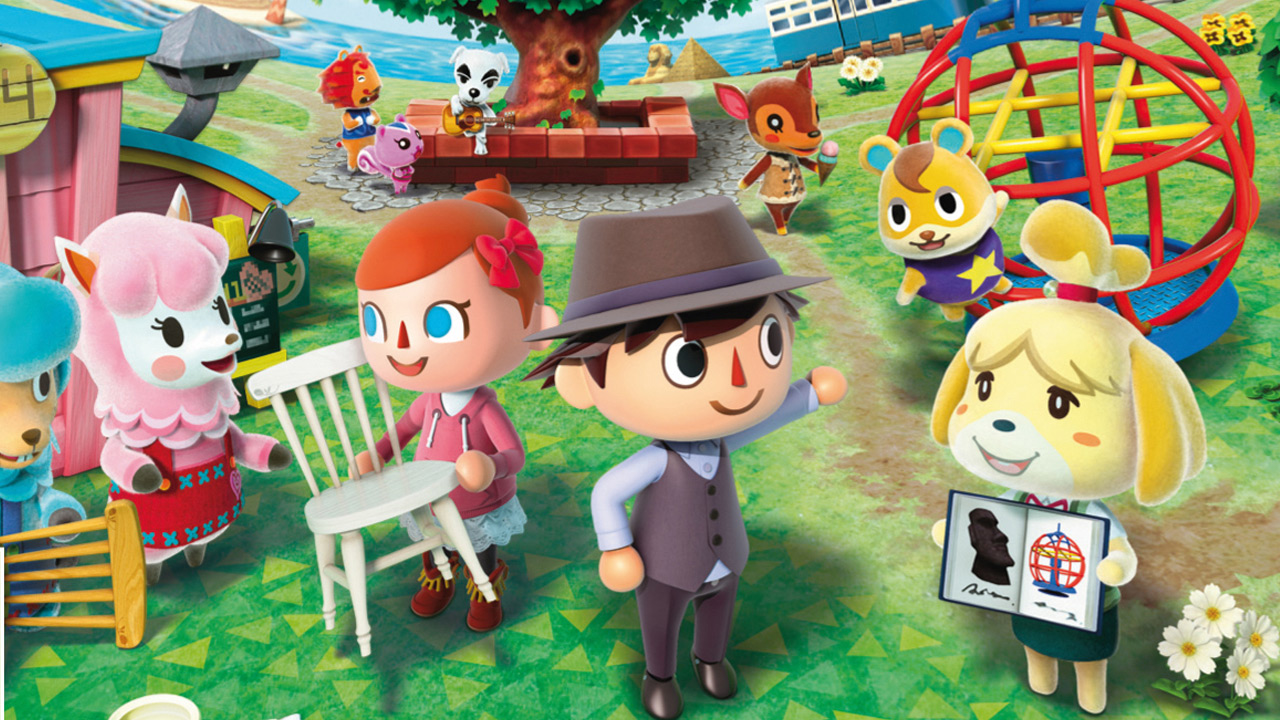 What franchise deserves a turn-based transformation?

In two months time, Animal Crossing: New Leaf will celebrate its 5th anniversary as arguably the most successful title in the franchise. It’s moved more than 11 million copies, spawned its own spin-off in Happy Home Designer — a game that itself sold more than three million copies worldwide — and proved that small town life is at its best when it’s on the go. As we patiently wait for the inevitable Switch entry into the series, there’s another game I really hope we get out of the franchise: I would love an Animal Crossing RPG.

Nintendo isn’t afraid to branch out this franchise. It’s made appearances in Mario Kart, Smash Bros and before the year is over it’s supposed to have its own smartphone game. And while I’m sure the priority is getting that Switch sequel out the door in 2018, I have been thinking about the possibilities of an Animal Crossing RPG for years. There are 458 Animal Crossing characters, enough to put Suidoken to shame. Imagine forming a party with your character, Jingle, Kiki and K.K. Slider as you adventure from player town to player town saving them from the evils that lurk.

Hell, Nintendo wouldn’t even have to stray that far from the Animal Crossing formula. There could still be the standard town element, only every day it is plagued by monsters and once a week players are given a quest to complete with a party made of the town’s residents.

The possibilities are as endless as the potential cast. It might be unlikely, but I’ve been hoping and wishing for a game like this for a long time. A less foolish man would have moved on by now, but prior to my desire for this I was all about getting a role-playing game starring Miis and that dream came true earlier this summer. So I’m going to keep wishin’ and hoping’ and thinkin’ and prayin’.

Konami clearly doesn’t know what it wants to do with Metal Gear. Right after the departure of Kojima, a man who gives us David Lynch-esque labyrinthine plotlines, their first instinct is to create a common denominator zombie shooter? It’s one of the most bizarre moves in recent gaming history. They need to find a creative that can steer this series back on course. In the meantime, they can give us something weird that we haven’t seen before — a spiritual successor to Metal Gear Ac!d on 3DS.

It’s not even that big of a risk, as this strange card game subseries even warranted a sequel, and the large install base of the 3DS, plus brand name and the fact that card games are so hot right now should carry it. I wouldn’t want them to just shuffle it out of course as a free-to-play piece of junk — but rather, a fully fleshed out RPG that maybe even fills in some gaps that were missing in Phantom Pain.

I can dream, but in the meantime, we can only hope Konami doesn’t let this series stagnate after releasing Metal Gear Survive.

My reasoning here is dead simple. Both Super Mario RPG and the first two Paper Mario games are some of my favorite games of all time. The inclusion of mechanics inspired by the platformer main series, such as timed hits, is a big part of what made them feel so satisfying. Gravity Rush and Gravity Rush 2 alike made me feel just like I did when I first got to play Super Mario 64 and Mario Sunshine.

The world of Gravity Rush is already filled with concepts that would fit right in a JRPG, from multiple divinities to wildly different locales that progress at different time scales. Cities in the clouds, world pillars, and the dark creatures that would cause everyone harm. The structure is here already!

And with the gravity defying gameplay of the mainline games comes a lot of potential for timed hits and other mechanics. Especially thanks to Gravity Rush 2’s brilliant style-switching concept. Basically, a class system that you be able to use during battles, switching up your move set. You could block attacks to reduce their damage while using the Jupiter style, while attempting to dodge them Mario & Luigi style with the Lunar style? The possibilities are endless.

Hmm… This sounds a bit like paradigm shifts. Oh well, that was one of the parts I enjoyed from Final Fantasy XIII anyway. Make it happen, Sony. Also, a Gravity Rush kart racer.

Ever since South Park: The Stick of Truth I’ve been thinking about other franchises that could serve as interesting settings for lite RPG experience where you explore a fully realized digital version of the franchise’s world, meet all the characters, and still have satisfying gameplay. The Simpsons come to mind, but that series has had quite a number of games and frankly, I’ve never seen an episode.

Even if I had seen it, I think Futurama provides a much better setting for a Stick of Truth style game, free-roaming around New New York and perhaps even flying the ship out to other locations like the moon or Omicron Persei 8.

Kirby is a Nintendo franchise that always gets the back seat, it doesn’t have it quite as bad as Metroid or F-Zero, but Kirby games tend to come less often and fly under the radar. What better way to revitalize that pink puff ball than by having him star in an RPG.

Kirby’s different abilities could serve as a class system akin to that of Final Fantasy and in addition to the titular character you have characters like Meta Knight and maybe a few new characters with powers similar to old Kirby’s to be your party members.

It’s like Bass said, Paper Mario and Mario RPG are no brainer fantastic games. So, why not let another of Nintendo’s Allstars make the jump, the little fella definitely deserves it.

Role-playing games are all about choice. In games that focus on combat, you can choose to be a mage, tank, healer, or whatever. Even more open formats allow players to deal with problems a number of ways; combat is usually an option, but so are employing stealth, using technology to bypass obstacles, or facilitating win-win situations via social engineering.

The Unbeatable Squirrel Girl would be perfect for that kind of game. Like most Marvel superheroes, she can kick butts (and eat nuts). Unlike most Marvel superheroes, she often finds solutions outside of the realm of violence, like when she used her knowledge of computer science to find a plant-rich planet for Galactus to devour so he’d pass on Earth.

Squirrel Girl Doreen Green is so upbeat and positive, and thanks to writer Ryan North, her comics have some of the best line deliveries out there. Writing is often cited as the most important reason to play an RPG, so if a Squirrel Girl RPG could keep up that quality and pace through the whole thing, it’d be a masterpiece.

I want a Fallout RPG. I know what you’re going to say, that “Fallout already is an RPG franchise” but the last time it really felt like one was New Vegas. Fallout is an RPG when it has meaningful choices and under Bethesda Game Studio’s watch, that has not happened. It’s happened when it was left with Obsidian.

I’m not saying BGS doesn’t make RPGs. I like The Elder Scrolls, but when they do Fallout, it’s like TES is cosplaying Fallout, right down to the lockpicking minigame.

Let me shape the world, town by town. Let me have a low intelligence stat so I can give amusing, dumb answers to questions. Give me factions with nuanced motivations, even if they are all morally gray. Rise above “kill this guy or don’t.”

Or just let Obsidian do it. That also works.

Hmm, I’m not quite sure a Fallout RPG could work, but I’m willing to give it a try. I mean, it’s no slam dunk like the PaRappa the Rapper RPG.